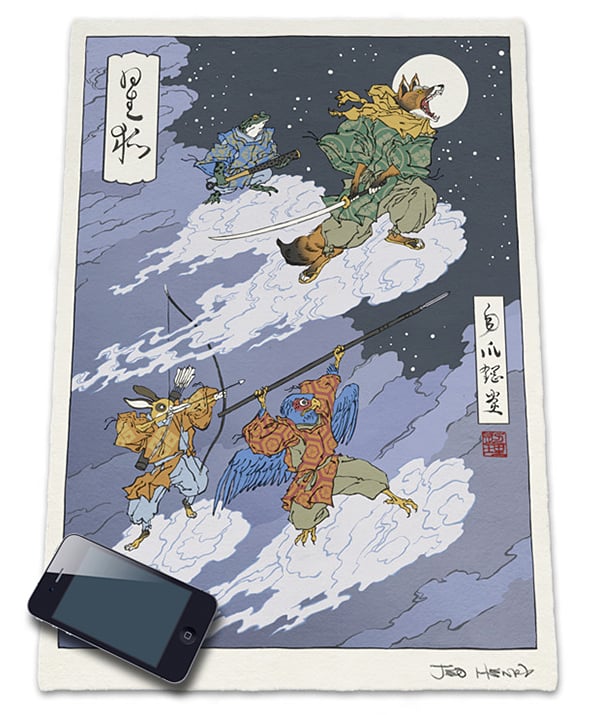 Jed Henry is offering all 12 of his designs in digital print forms. But he’s also working with a woodblock print maker named David Bull to make woodblock prints by hand, i.e. the way Ukiyo-e were made centuries ago.

As you can see it’s quite a painstaking process, which is why Henry has set up a Kickstarter fundraiser. A pledge of at least $40 (USD) gets you a digital print (you can choose which of Henry’s designs to order) while you’ll have to cough up $135 to get a handmade woodblock print.

Currently only the Mario Kart print has a woodblock proof, i.e. template, but Henry did say that they’ll make proofs for the other designs if they exceed their $10,000 goal. Thankfully as of this writing they’ve already gathered more than $50,000 in pledges, and that’s with 28 days to go. I think it’s safe to say we can expect more designs for the woodblock prints.