This Revolver is the World’s Smallest Fully-Functioning Firearm

In no way do we here at Technabob condone gun violence (except in video games.) That said, are you prepared to lay your eyes on the coolest and smallest functional revolver in the whole wide world? 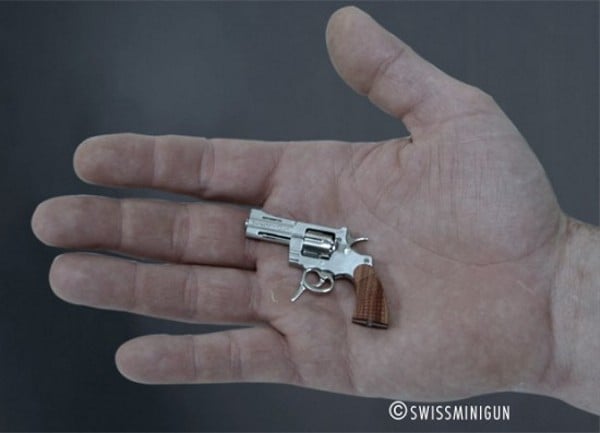 It’s size is about a quarter of a regular person’s palm, and while it shoots real (mini) bullets, it won’t hurt upon impact. Heck, even BB guns can do more damage than these babies. 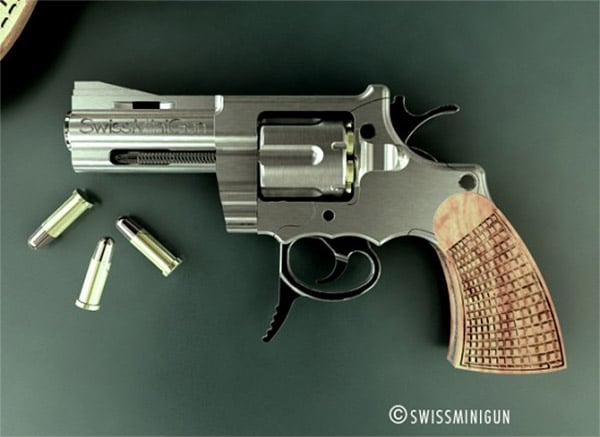 They’re 100% Swiss-made and their workmanship is exemplary, from the looks of it. They’ve even got their own miniature holsters to keep them handy, just in case the owner wants to shoot a Lilliputian. That is, if they existed. 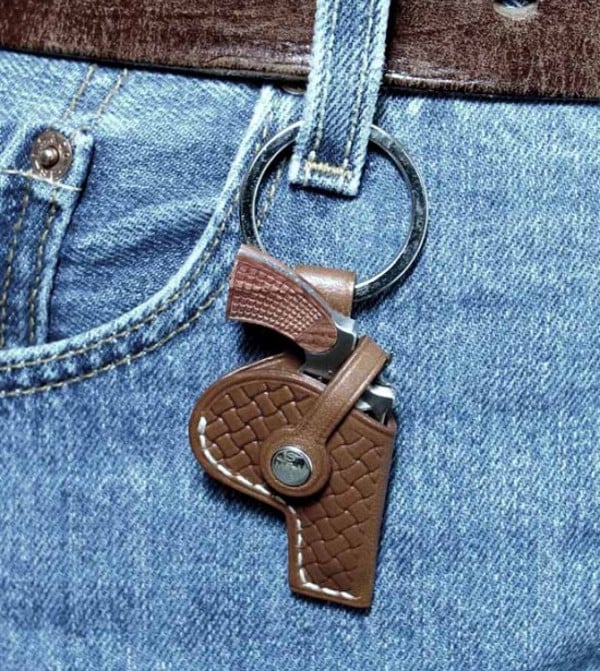 Unfortunately, it doesn’t meet the U.S. Factoring Criteria for weapons so SwissMiniGun won’t be able to ship them out to the States. People from elsewhere can order them online for 6,300 Swiss France (~ $6,422 USD). Oh, did I mention that they’re also hella expensive?