The Stone Spray robot was created as a 3D printer to produce architecture out of soil. While technically speaking, this robot wasn’t designed to create art, the results of its efforts and the research project sure look like some interesting sculptural works. 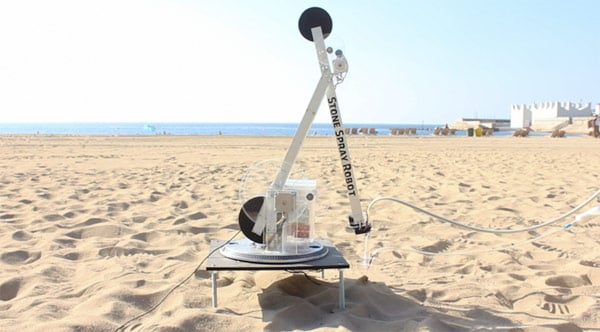 Stone Spray was created by Anna Kulik, Inder Shergill and Petr Novikov as a way to produce eco-friendly, efficient and innovative systems to “print” architecture in 3D. The device collects sand and dirt which is then sprayed from a nozzle with a binding component. This mixture solidifies and creates forms that look like they were sculpted. 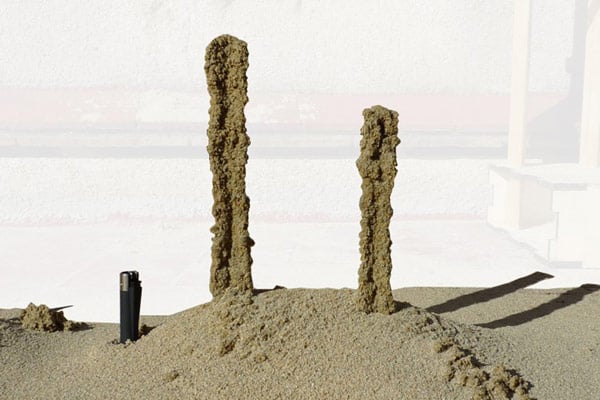 The movements of the ‘bot are controlled by a computer, so it can allow designers to have a direct input in the resulting shape, unlike other 3D printers. The spray is multi directional, and can even be sprayed vertically. While the prototype only produces pretty rudimentary small structures, here’s a rendering of the sort of thing a larger version might be able to produce: 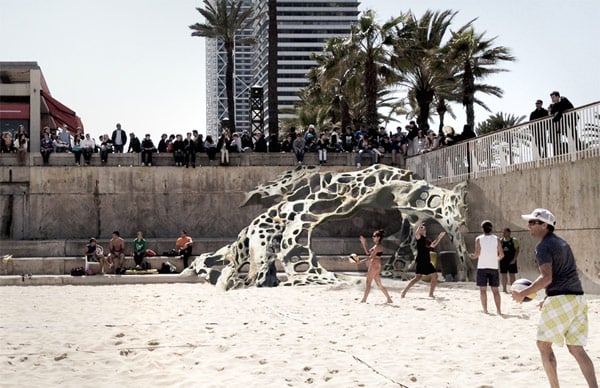 While I’m not sure of the practical applications for the Stone Spray robot, it sure produces some unique artistic output. Check it out in action in the video below: