I’ve been wanting to see how some of the major game developers and publishers were going to be using that LCD touchscreen on the new Wii U controller. I suspected that a lot of sports game fans would find that touchscreen on the Wii U GamePad to be pretty compelling. After all, it looks like a perfect place for a coach’s clipboard style interface. 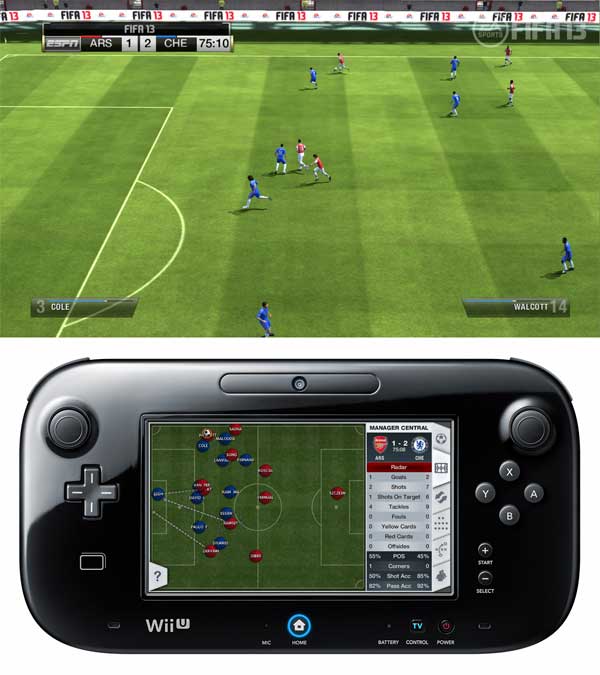 EA Sports has confirmed that its popular sports franchises Madden NFL 13 and FIFA Soccer 13 will be coming to the Wii U, and they posted an image which gives us a sense of how the controller will be used. FIFA uses the touchscreen on the controller for an overall view of where players are on the field. It also allows the user to lift the touchscreen up and look at the touchscreen to aim the ball on set pieces and penalty kicks.

EA didn’t offer up an official pic of exactly what Madden 13 would do with the touchscreen. However, they did say that using the touchscreen players will be able to streamline play calling, make pre-snap adjustments, and manage team personnel. I can see it being much easier to choose plays when you can touch them on the controller rather than having to scroll through options on a normal game controller. It’ll also let you be more secretive about the plays you’re selecting when there’s no chance the other player can figure it out from your personal screen.

Expect both games to ship this Fall when the Wii U launches.