If you have a Bruce Wayne sized bank account, you may want to turn your man cave into a bat cave like this Dark Knight home theater. You see that bookcase on the left? It slides out to reveal a Tumbler behind it. How cool is that? 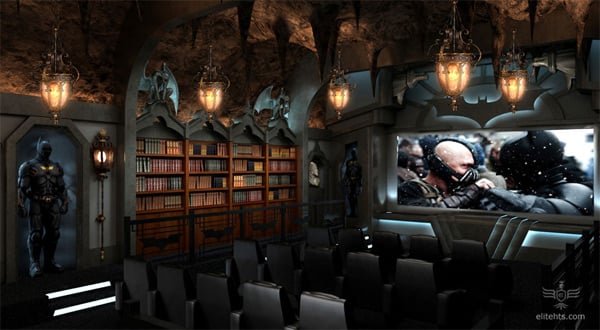 There’s also a spare bat-suit or two for that imminent change into character, several seats for all of your bat friends and all of the controls are in back. The stalagmites on the ceiling are a nice touch. This setup is so good that you expect to see some actual bats flying around inside. 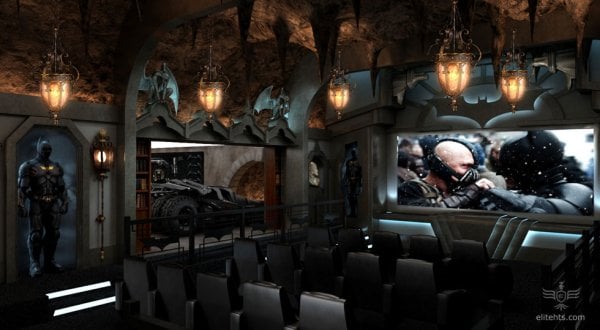 Those seats look mighty comfy too. Just sit down, set up the movie, have Alfred bring you some popcorn and watch your favorite Batman flick. 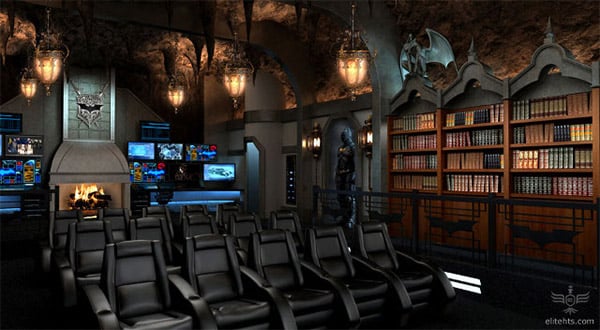