Sega Genesis Shock Collar Mod: Failure is Not an Option

Sony has DualShock controllers, but Sega has literally shocking controllers. Not by default of course. A modder has made a couple of Sega Genesis gamepads that actually electrocute players via a shock collar. Now that’s hardcore. 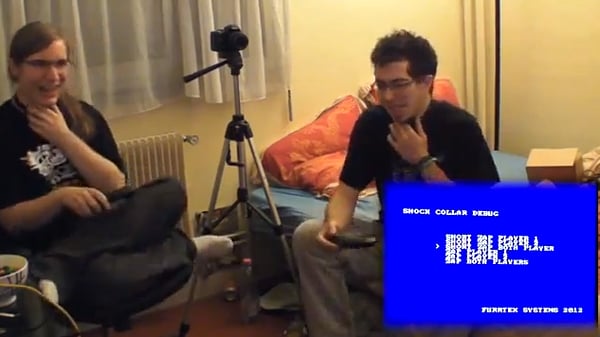 The mod is called Genezap and it was made by a modder going by the moniker Furrtek. He connected a shock collar and a microcontroller to each gamepad and then wrote custom software so that certain conditions in the game will prompt the microcontroller to activate the collar. Furrtek then inserted code in several Genesis games to work with the painful experiment. For example, he edited Battletoads so that the player will be zapped if he loses a life. He also edited the original Sonic game to deliver a shock if the player dies or loses rings. Skip to about 1:25 in the video for the demo:

I may not understand French, but pain is a universal language. Head to Furrtek’s website (also in French) for details on this crazy mod.