Would You Like a Nyan Cat Running on Your T-Shirt? You Can Do that With tshirtOS

So this won’t be the first time that you’ll see an interactive shirt (remember the fully playable electric guitar t-shirt and the drum machine shirt?), but this is the first shirt of its kind to actually be able to do all that it promises to do. The tshirtOS. A t-shirt with its own operating system. The name already sounds cool, but just wait until you see the actual thing. 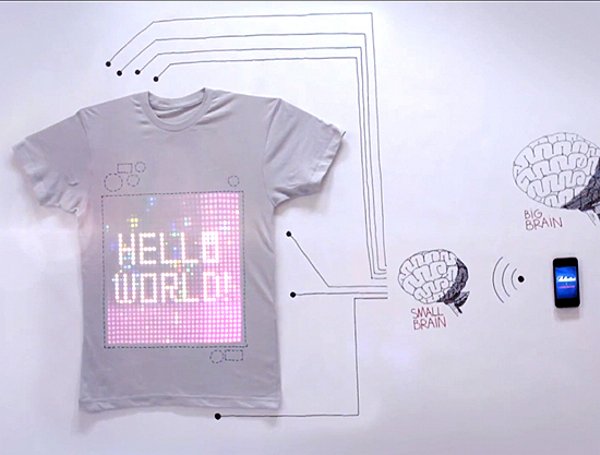 The tshirtOS is the result of a joint venture between Ballantine’s and CuteCircuit. The shirt is described as a wearable (obviously), sharable, and programmable piece of clothing that you can use to display random stuff like tweets, animation, and photos, and even play music and videos.

The shirt features a large multi-color, flexible LED grid, connected to a controller circuit and battery pack. It’ll also have a camera, accelerometer, microphone and speakers for truly interactive displays. It’s controlled by an app that’s to be installed on your smartphone. Because of its programmable nature, the sky’s the limit with this baby.

Make a fashion statement, share your thoughts by displaying your tweets as you go along, and make a nyan cat run around your shirt to give everyone around you a dose of geeky randomness.

Want it? Head on over to tshirtOS.com to find out more.