Singleness is Futile with this Borg Cube Wedding Cake

If you absolutely have to join the collective of two and get married, you might as well go all out and have a wedding cake that features a starship battle over top of that fondant. Remind yourself that Wolf 359 is where the Borg battle took place, and don’t Wolf it down as fast as you can, 359. 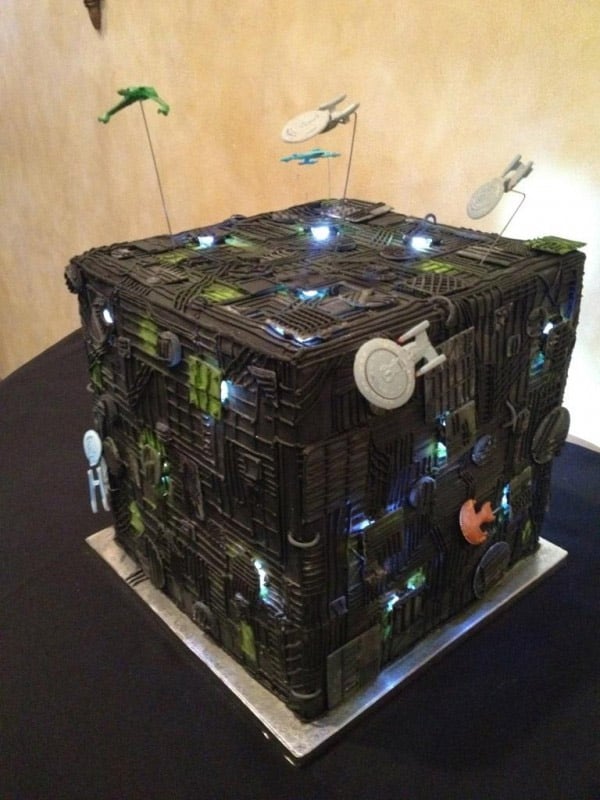 This cake comes from Colorado based The Sugarplum Cake Shoppe. You have to admire the level of detail they put into this thing. It’s more a ongoing battle than a cake. And it even lights up.

Phew! Phew! Phew! Wait a minute. What the hell is a Ferengi ship doing on the side of that Borg cube? They wouldn’t last 2 seconds against the Borg. They’re probably using the battle as an excuse to steal some copper wire from the hive mind’s wiring system. The economy sucks for everyone.

You may now assimilate the bride!

[via When Geeks Wed via That’s Nerdalicious]