If you watch The Wire or Breaking Bad, you’ve probably seen the characters use pre-paid cellphones to make their conversations, more, like, secretive. Yo. Anyway these phones are also called burners, hence the name of this new app. 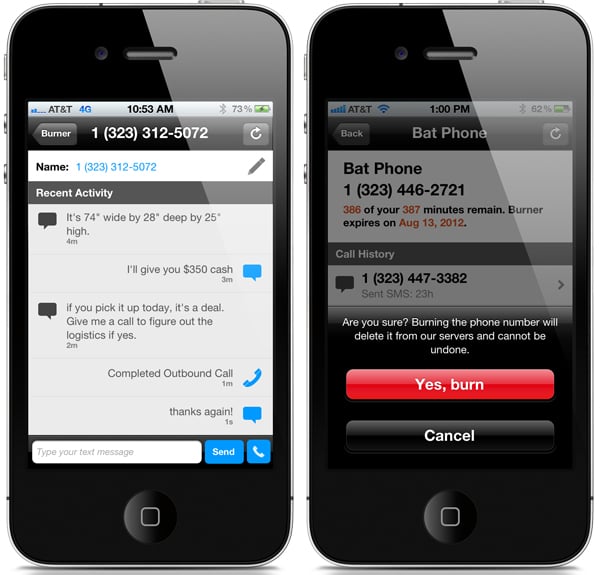 Burner lets iPhone users create temporary phone numbers that can be used to send and receive SMS or calls, just like “real” phone numbers. Users can create as many numbers as they want provided they have enough credits, which are bought in-app. Users can set expiry dates for the numbers or “burn” them whenever they want. It’s not as badass as cracking a phone in half and throwing it in the trash while sporting a mean and/or contemplative look though.

Burner is available on the iTunes App Store for $1.99 (USD). Yo. Kafkaesque. Bitch.

[via The High Definite]