Here’s another story about another cool dad. Where were all of the cool dads when I was growing up? Why are dads so cool now? Why do we never hear about granddads doing cool geek stuff? All I know is that this kid is super lucky. The kid in this video not only has a Fisher-Price Power Wheels Lightning McQueen, but he worked with his dad to make some cool modifications. 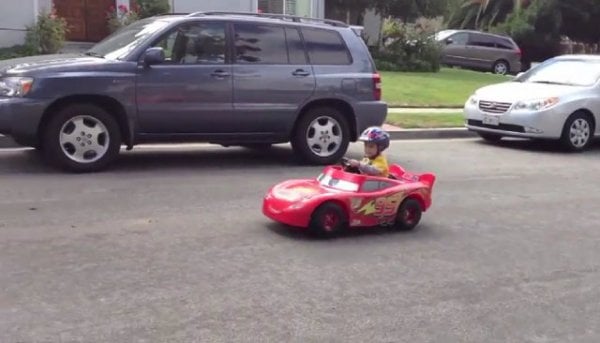 It started off as a slow boring toy 3 years ago, but little Evan’s ride now has metal rims with rubber tires, an aluminum back half chassis, dual sealed gel batteries with an output of 24 volts, a 500 watt .66 horsepower electric motor, disk brakes, throttle modulated variable speed control with reverse and Sparco battery cut-off switch. Does your car have all that? Check out the new and improved ride in the video below:

Now this kid has an awesome ride to go along with his awesome dad.

[via Dvice via Geekologie]