Meshworm is the latest robotic creation from researchers at MIT, Harvard University and Seoul National University. You can try beating this earthworm-like robot with a mallet, but the thing just won’t die. 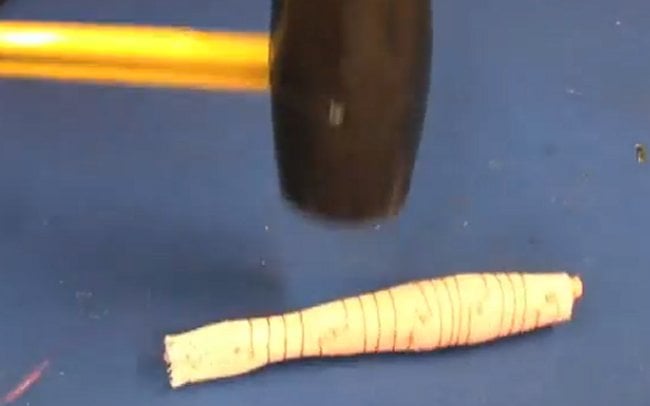 This robot is made from “artificial muscle” made from a flexible mesh tube segmented by loops of nickel/titanium wire. The wire is there to contract and squeeze the tube when it is heated by a flowing current. When you cut the power, it returns to its original shape, creating propulsion just like a worm.

Not using traditional moving parts makes it pretty tough. Big surprise, DARPA has their hands in this project too, not that this worm would be good for gathering intel or helping soldiers.

It does however have potential medical applications, like making them into next-gen endoscopes or something.

While hitting it with a mallet or stepping on it didn’t kill the thing, blowing it up,  setting it on fire or drowning it just might do the trick.