The Leap motion controller is one of the most hyped gadgets unveiled this year, and it really is promising. But if you can’t wait until next year to have a 3D tracking interface, MAKE knows a way to make one using readily available tools. 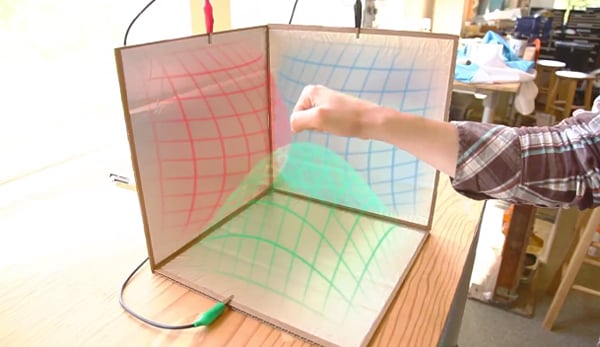 The project is based on the RC time constant, which in simple terms is the time it takes to charge a capacitor. It has three cardboard plates covered with aluminum foil and connected to an Arduino Uno. When your hand (or any part of your body) approaches the plates, the capacitance of the plates change. A complementary program then interprets the changes to determine your hands’ position.

Head to MAKE for the full instructions for making the sensor. Obviously it’s not as accurate as the Leap or the Kinect, but at the very least you’ll have built something that show how capacitive sensors work. I’m sure more advanced tinkerers will find ways to make it more functional.