How would you feel if the dessert you’re eating was actually based on the Senran Kagura video game? More specifically, on the bouncy boobies of its titular character? (Pun intended.) 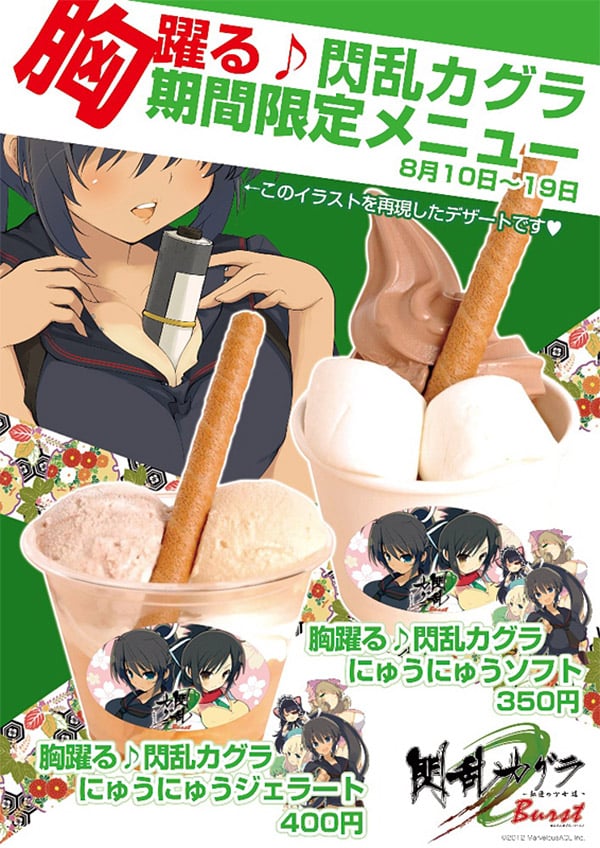 I’m pretty sure guys wouldn’t object. As for the girls – I’m not too sure. Anyway, these sort-of perverted desserts recently became a part of Akihabara Cafe’s Cafe Euro menu. Without the background image, the two scoops probably look like your typical dessert, but just think of Senran Kagura with that diploma wedged into her cleavage and it’ll change how you look at your ice cream. 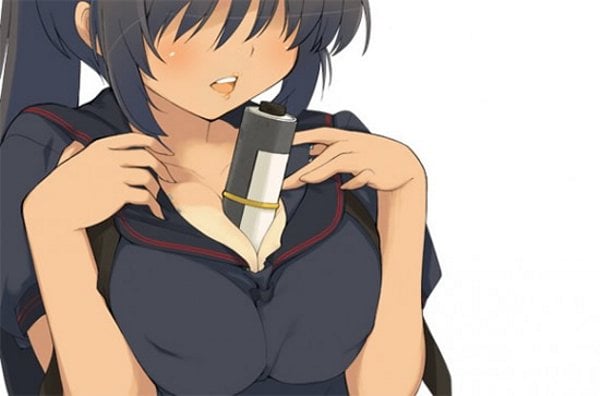 They’ll only be on the menu from August 10 to 19th, so you might want to give it a squeeze–er, taste before them.

[via RocketNews24 via New Launches]