I am in awe of the sheer genius and laziness of this Batman mod. By giving a large Batman figure a single rod to hold in his hands, Batman is transformed from Guardian of Gotham to Master Presenter of T.P. 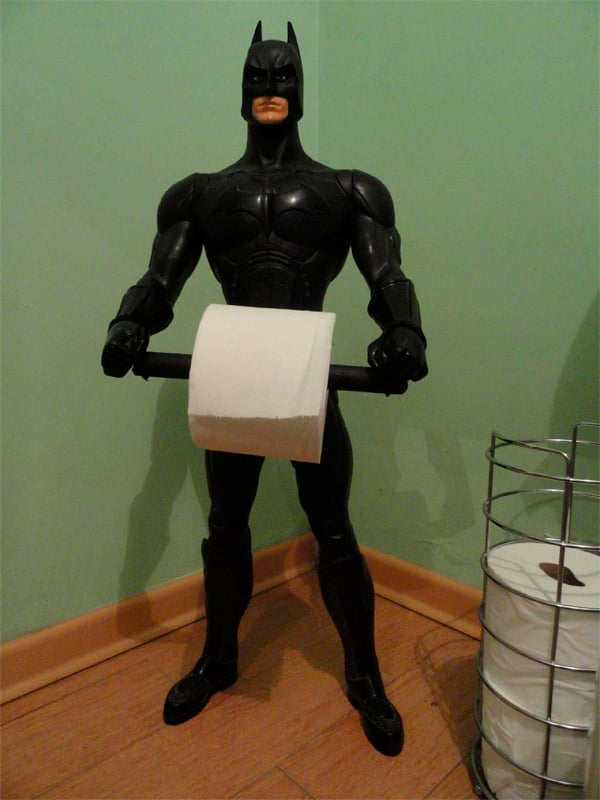 Sure, it might have been more appropriate if this were the butler, Alfred, preferably the Michael Caine version that speaks with a British accent, but this is way funnier. It has to be the Dark Knight toilet paper holder. Because Alfred is the hero with the soft stuff your butt deserves, but not the one it needs right now.

This 31″ tall custom dark knight toilet paper holder was made by conrick, who sits on his throne in silence, looking over his creation.