The modern LEGO brick was patented in 1958 – 54 years ago. I’ve only been around for 28 of those 54 years, and in my lifetime what creative minds and sheer ingenuity can do with LEGOs continues to amaze me. In the past few weeks alone, we’ve seen LEGO bricks join forces with iPods, our favorite Street Fighter II combatants LEGO-fied, a LEGO induction lamp, and much, much more. But astounding as all these are, they pale in comparison to the scope of the auditorium-sized reconstruction of Japan made entirely out of LEGOs. 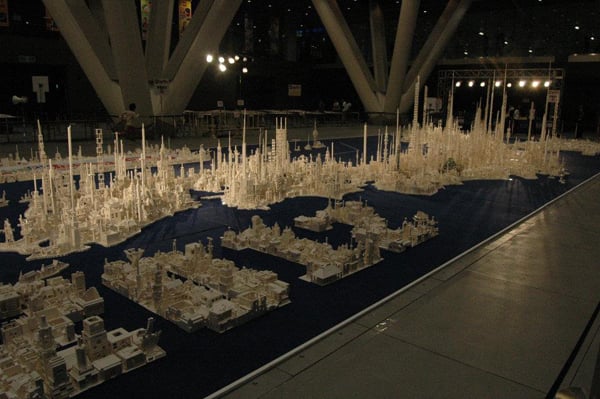 Constructed during the “Build Up Japan” celebration in March and April, LEGO Japan was first started in six different regions of the country by over 5,000 children, their parents, and LEGO employees. The disparate sections were then moved to Tokyo, where the entire nation was constructed—skyscrapers, pagodas, docks, boats, the whole shabang. Children were even encouraged to construct their vision of a future Japan’s architecture. And as you can see in the photo above, the completed LEGO Japan is of such scale that the human builders look like Evangelions comparatively. The whole thing is just the very definition of breathtaking awe. 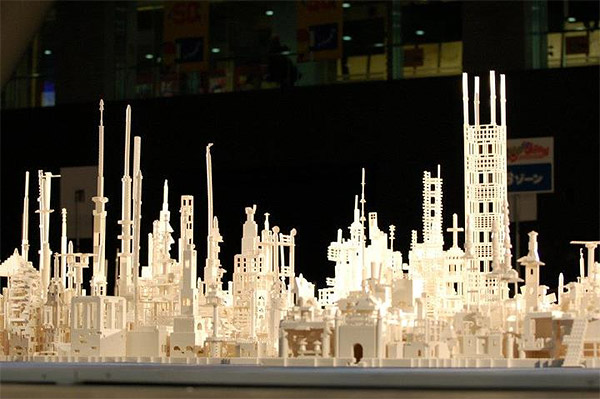 Do yourself a solid and check out the whole nest of pictures at the “Build Up Japan” Facebook page.

[via io9 via Spoon & Tamago via My Modern Met]