I was very impressed by the LEGO Omniboat, but apparently you can take LEGO vehicles even deeper. An engineering student made this remote controlled underwater robot for a school project. I expect bricks to sink, but I was surprised to see batteries and circuits fare well underwater. 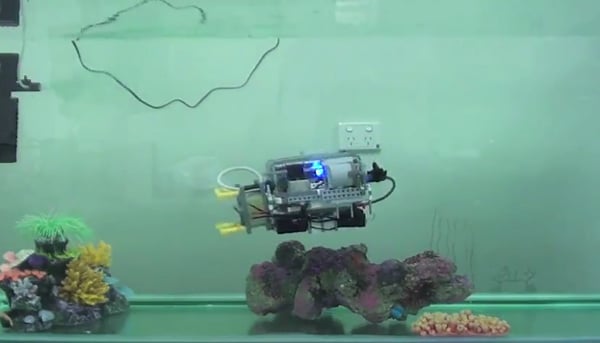 The robot was made by YouTuber roboticsqut, who says that while the vehicle isn’t necessarily waterproof, most of its parts will do fine underwater, including the lead-acid batteries and the motors. Roboticsqut used a pair of XBee PRO adapters to send commands to the robot, which is controlled via an Xbox 360 controller that’s connected to a laptop.

Robotsqut should make more and equip them weapons and minifig crew.