Why do people drink? Usually it’s because they’re thirsty. But sometimes, it’s just to taste whatever it is they’re drinking – and appreciating that taste. And what better way to do that than by taking whiffs of it so you’ll keep wanting more? Le Whaf has come up with a totally unusual yet awesome way to enjoy your drinks: by turning them into vapors that you’re supposed to sip through straws. 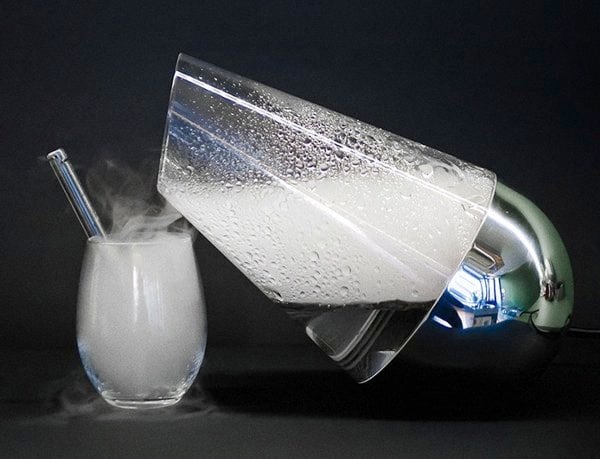 Here’s a video showing the Le Whaf and some of their awesome smokey beverages:

The people look a bit strange, drinking “smoke” and all that, but it seems like a pretty neat idea, plus it cuts down on the calories big time. Extremely novel too, although it’s a bit pricey at €129 (~$160 USD).