This Invisible Bike Helmet Might Just Save Your Life

Bike helmets. Many people don’t like to wear them because they’re big and bulky. And for the vain ones, they cause helmet hair. But to be honest, if it were up to me, I’d rather choose all of the above rather than risk my life by going out on my bike without a helmet on.

If only there were some sort of invisible helmet that’ll protect people without all of the negative stuff that comes with most bike helmets. 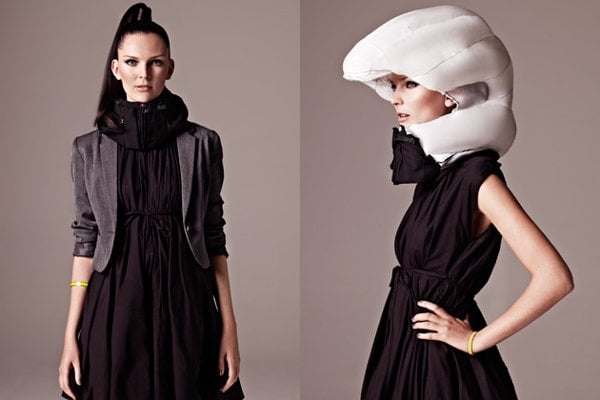 Oh, wait, there is already one such helmet in the market, and it’s called the Hövding. It’s the first and only one of its kind.

The Hövding starts out as a collar that cyclists are supposed to wear around their neck. There’s a folded-up airbag inside that’ll pop out automatically upon impact, with the trigger mechanism controlled by sensors in the collar that detect any abnormal movements when the bicyclist figures in an accident.

As you can see, the airbag is shaped like a helmet. It inflates in 0.1 seconds so it’s up and over your head before you hit the ground, providing a cushion of sorts to minimize the injuries you might sustain upon impact.

The Hövding took six years to develop and it’s now finally available for purchase. Priced at 3,998 SEK (~$597), it’s not cheap – but if you’re not going to wear a regular helmet, it just might be worth it.