It takes a serious old school gamer to walk around with his NES Zapper in a holster. Apparently, A.F. 275 is just such an individual. If you also wear a Zapper holster and should meet him on a dusty street at high noon, you’d better be fast. He can draw and shoot ducks faster than any man alive. Or so I figure. 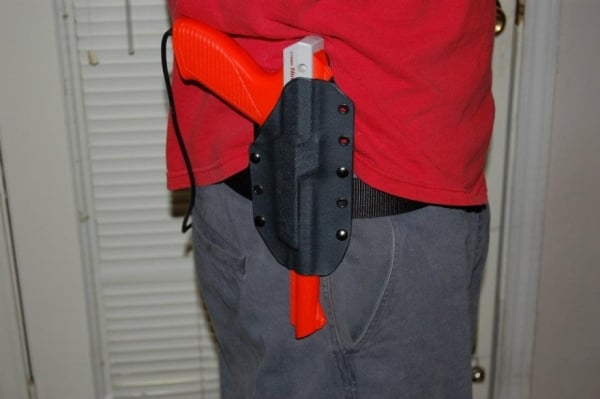 He made this cool plastic over-the-waistband holster for his Nintendo Entertainment System Zapper. Afterwards he had to range test it, so he ran it through six rounds of Duck Hunt, drawing on each duck from a holstered position and hit every one of them. That’s better than I can do un-holstered. 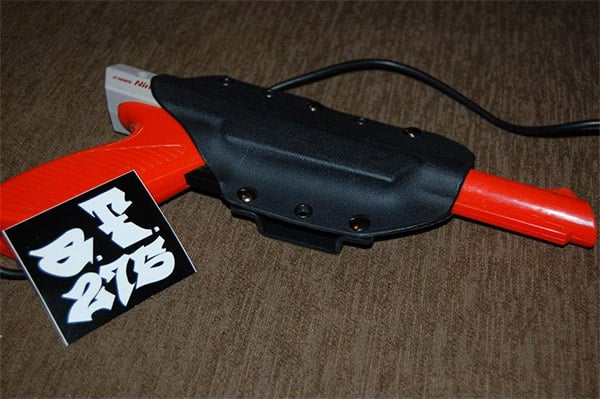 The holster looks pretty sweet. You might think that the gun would warp and melt under the heat and pressure, but I guess these guns are tougher then they look.