Jen of Cake Wrecks – the chronicler of confectionery catastrophes – is also a recycling Jedi. She and her husband John made this steampunk lightsaber out of an old flashlight. It doesn’t emit a straight beam of plasma, but it still makes for an awesome cosplay accessory or night light. 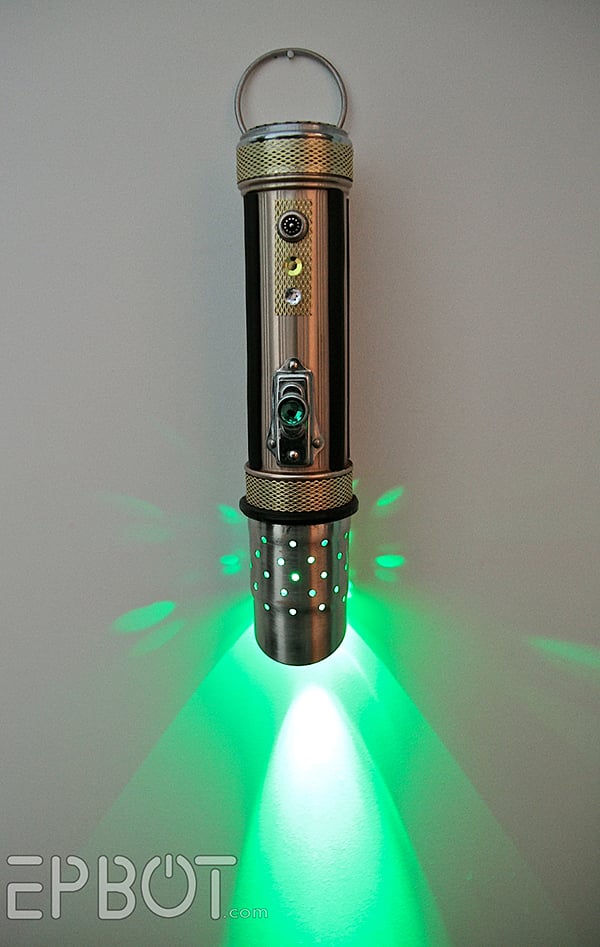 Aside from the old flashlight, Jen and John used a green LED, a plumbing pipe (the perforated part), brass mesh, rhinestones, buttons and other doodads to finish the lightsaber. 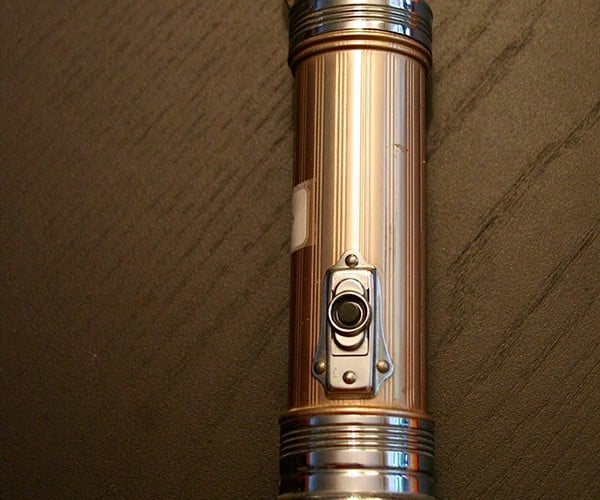 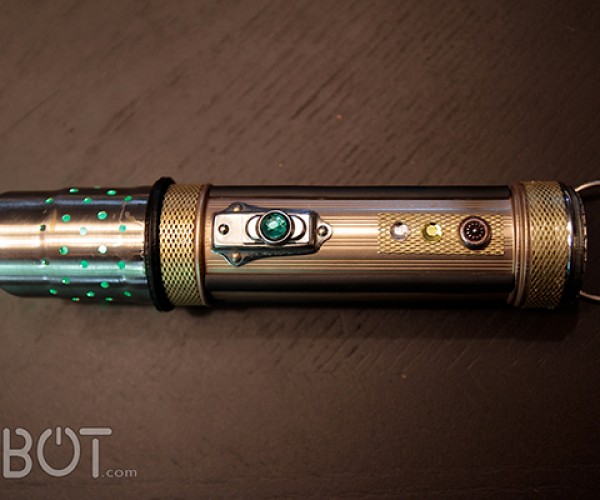 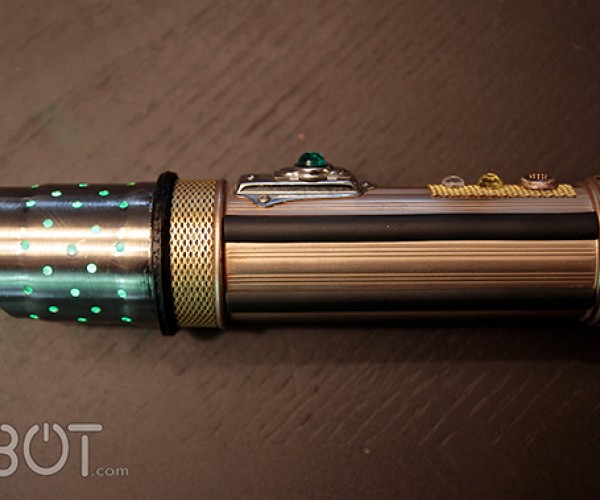 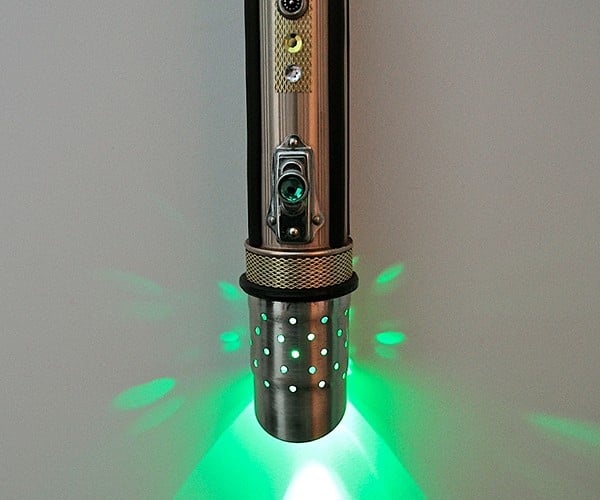 Jen actually made the lightsaber as an accessory to her work-in-progress Lady Vadore costume, which includes a steampunk Vader mask that you really have to see. Check out her website for more pics and info.