Engineering Temporality Chair is a Tribute to Humanity’s Fragility

Chairs are more than just pieces of furniture. At times, they can also be random yet awesome pieces of artwork, like the Enginering Temporality chair by Design Academy graduate Tuomas Markunpoika Tolvanen. 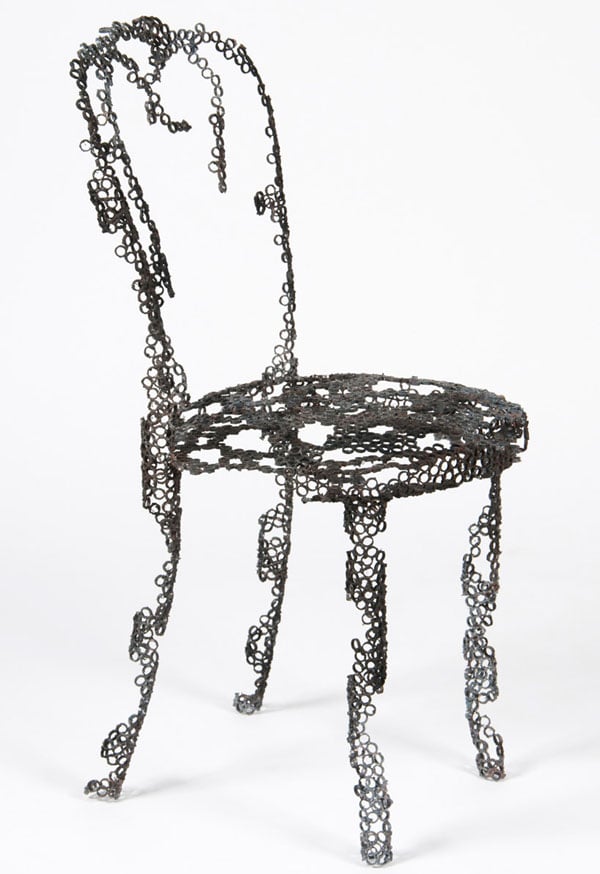 Tolvanen got the inspiration to do his project after witnessing his grandmother’s declining health due to Alzheimer’s. The project is actually a tribute to human fragility, and from the looks of it, Tolvanen was able to get that point across very well.

Perhaps the process to get the chair looking like that is even more striking than its final appearance. 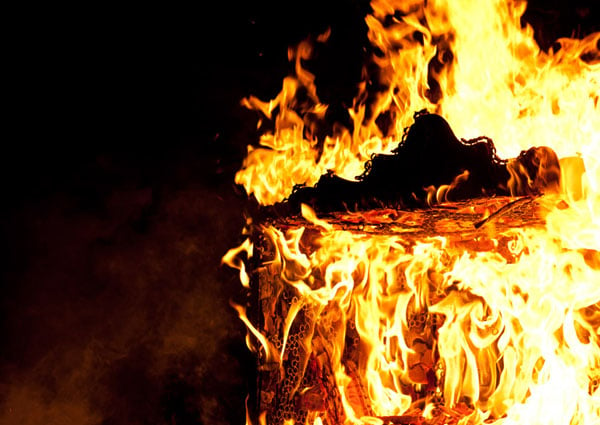 So here’s what Tolvanen did: he cut up some tubular steel into rings and then joined them back together to form a semi-covering over the chair. And then he burned the entire thing. He says:

My pursuit was to give an object a memory, create tension and stage a play between the perfect, anonymous mass produced structural material and the imperfect of human being. The shell that is left caresses the vanished object, the memory of it, referring to the past. 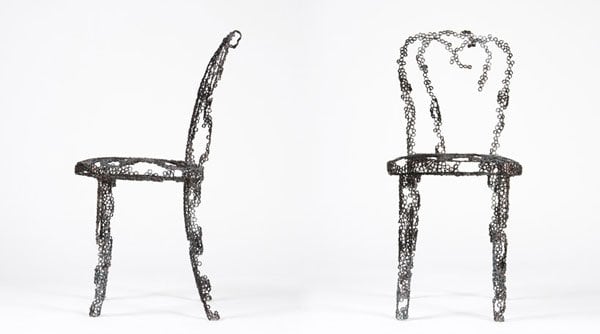 It looks pretty awesome, doesn’t it? In addition to the chair, Tolvanen also created a cabinet, using similar techniques. 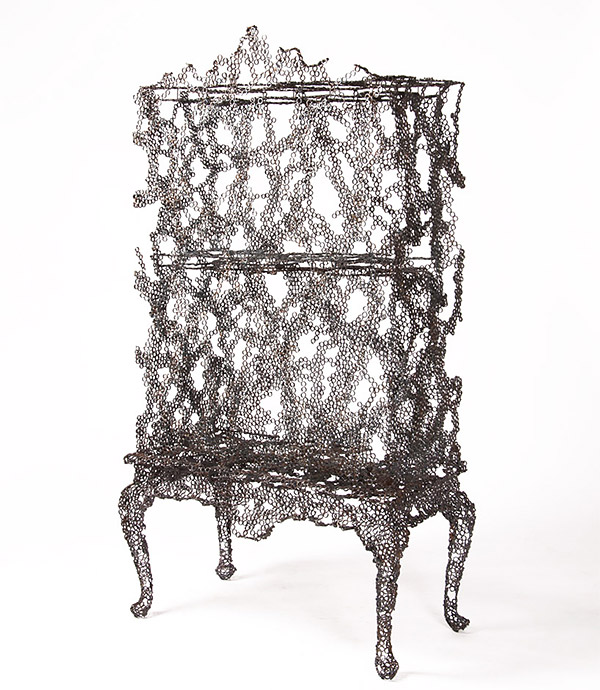 [via Design Boom via Chair Blog]