Print Tidbits of Your Life Anytime, Anywhere with the mPrinter

Most people are already going the paperless route. It began with more personal stuff, like sending notes and messages digitally instead of through paper. It eventually expanded to the corporate world, where communications and memos are sent via email instead of through actual paper memos. 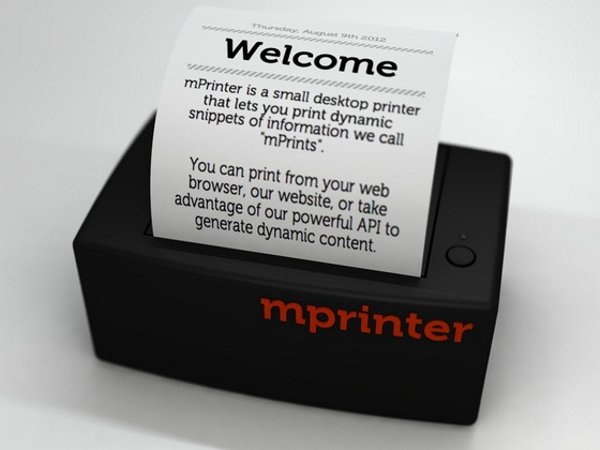 But bringing that printing mentality back to life, albeit in a small way, is the mPrinter. It’s a project by Andy Muldowney that’s currently up for funding on Kickstarter. 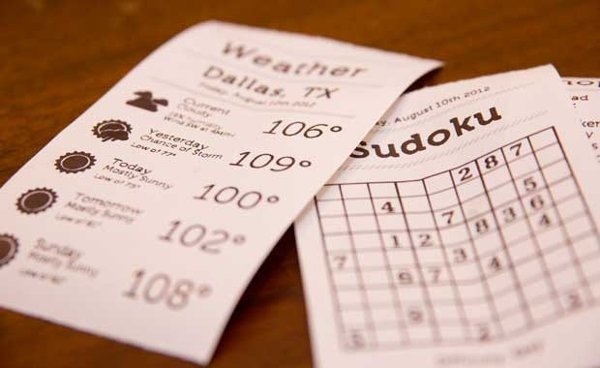 Similar to the (much more expensive) Berg Little Printer, It’s basically a small analog printer that’ll print anything you command it to, from text and doodles to Sudoku grids and weather reports. USB-only mPrinters hook up to your computer via USB cable, while Wi-Fi-capable mPrinters contain built-in web servers that can connect to your network.

The mPrinter will also come with an iOS and Android app that will let you use the quick print option, manage your mPrints, and take advantage of the fun ‘doodle’ feature.