Snowspeeders are awesome. One of my favorite parts from The Empire Strikes Back is the Hoth battle, with those Snowspeeders zipping all over the place. If you want to make your own snowspeeder, this is how it is done. You just need some cardboard, duct tape and a can-do attitude. 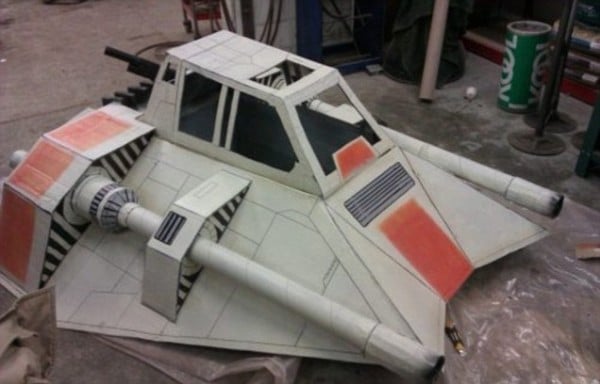 After this Snowspeeder was finished by “Fortyozjuicebox”, it was attached to a sled base for some winter time fun. He actually made this for a Downhill Derby Cardboard and Duct Tape Contest. It may not take out an AT-AT walker, but she’s got it where it counts.

Judging by the video, it looks like a smooth ride as well. I guess it won’t be long until we see daily Snowspeeder races. I personally can’t wait.