Build Your Ideal City in the Game of Urban Renewal

Games are meant to take your mind off reality. People play games to distract themselves from the million and one problems they’re currently having at work or in their business. However, the Urban Renewal board game probably won’t be much of a game for you if you work as a city councilor or developer. That’s because the game is all about challenging and sometimes exciting world of urban renewal. 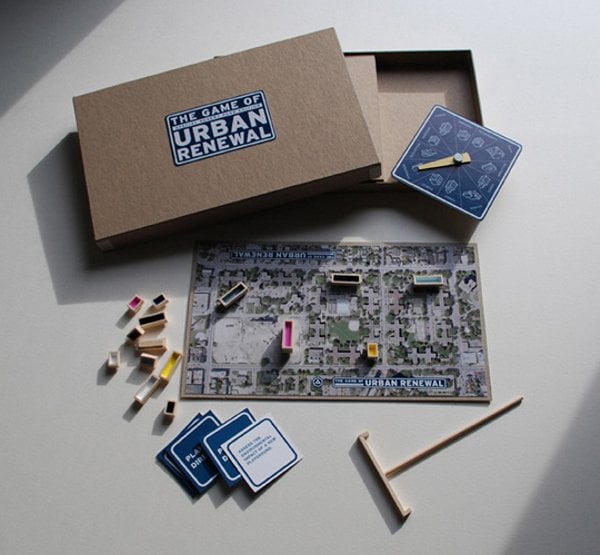 While it doesn’t sound like as much fun as SimCity, visual artist Flavio Trevisan’s game allows players to “do all the things that are done in a modern city’s cut-throat planning office.”

The game requires each player to take on a certain role, ranging from city councilors and the man on the street (aka the bystander) to the developer and the skyscraper enthusiast. Players can choose to demolish the failed urban experiments in their block in order to rebuild it to become the ideal city.

However, this is one game that will never end. According to Trevisan: “Continue playing until all players have left the game in pursuit of other interests.”

The Game of Urban Renewal was one of the pieces exhibited at this year’s Museum of the Represented City, which is an exhibition of Trevisan’s work. The cool thing is that the ‘Special Regent Park Edition’ of the game is available for purchase at the exhibit’s gift shop.