I’ve always wanted to play with R/C aircrafts, but even with my “easy to fly” AR.Drone 2.0, I find myself crashing the thing into walls and the ceiling indoors. Thanks to some impressive work by MIT’s Robust Robotics Group, we might someday be able to fly autonomous planes that are so smart that they can avoid obstacles on their own. 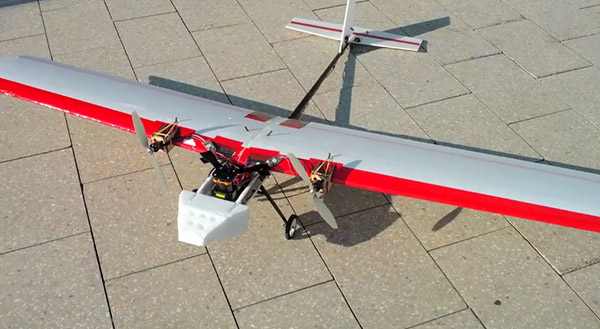 By using a special set of algorithms to calculate the plane’s trajectory, as well as its state (i.e. location, orientation, velocity and acceleration), the fixed-wing plane is able to fly quickly through cramped quarters, avoiding obstacles with ease. In fact, this plane can fly within centimeters of obstacles at a high rate of speed without crashing. The plane uses a laser rangefinder, accelerometers and gyroscopes to figure out its state, and a hugely complex series of computations to navigate through its environment.

While autonomous helicopters and quadrotors have been around for a while, a 2-meter-wide plane that can negotiate confined spaces with aplomb poses a much greater challenge, as it cannot hover, go sideways or make up arbitrary motions like those other aircraft. At this point, it appears that the system requires at least a rough, pre-existing 3-D map of its environment to work properly, but I’m sure with time they can figure out a way for the environment to be mapped in real-time as well. Kinect, anyone?

At this point, MIT isn’t specifying the exact applications for their design, but beyond military and rescue operations, I REALLY want to see a consumer version so I can stop crashing my AR.Drone.