Warning: Before scrolling down, we recommend that you move to a place where there are no kids (both young and old) nearby, because the consequences and ramifications might be serious.

If you grew up reading fairy tales and watching Disney’s cartoons, then you know that they’ll usually end in happily ever after. But what if they somehow got bitten by one of the undead from The Walking Dead? 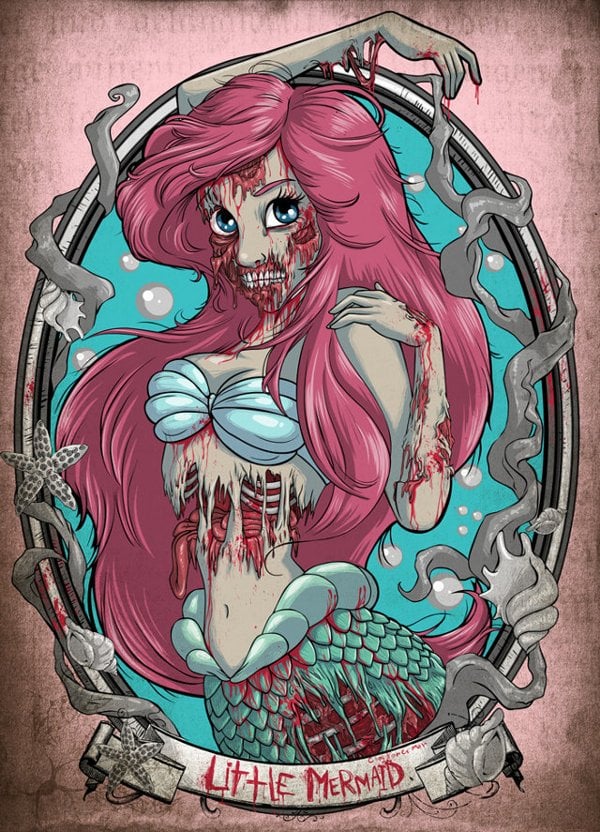 I don’t think the zombies would spare the princesses if Disney ever got hit by a zombie apocalypse. And to show everyone what would become of Ariel, Snow White, and Cinderella, artist extraordinaire Witit Karpkraikaew drew up these eerie images of the undead princesses.

As you can see above, the skin is just melting from Ariel’s frame. And here’s Snow White, looking not-so-white or pure with brains instead of an apple. 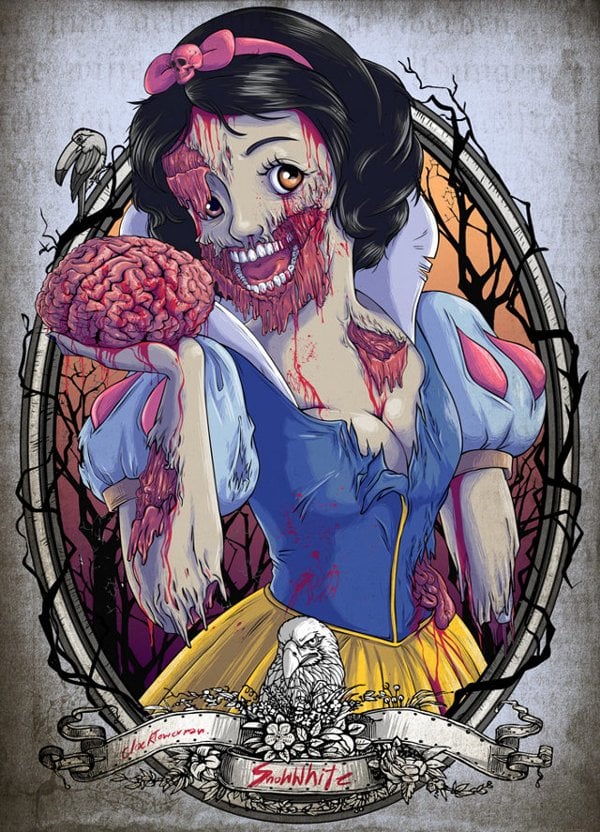 Cinderella is the darkest of the three, as she wields an ax and is chewing on her otherwise missing glass slipper for a quick snack. 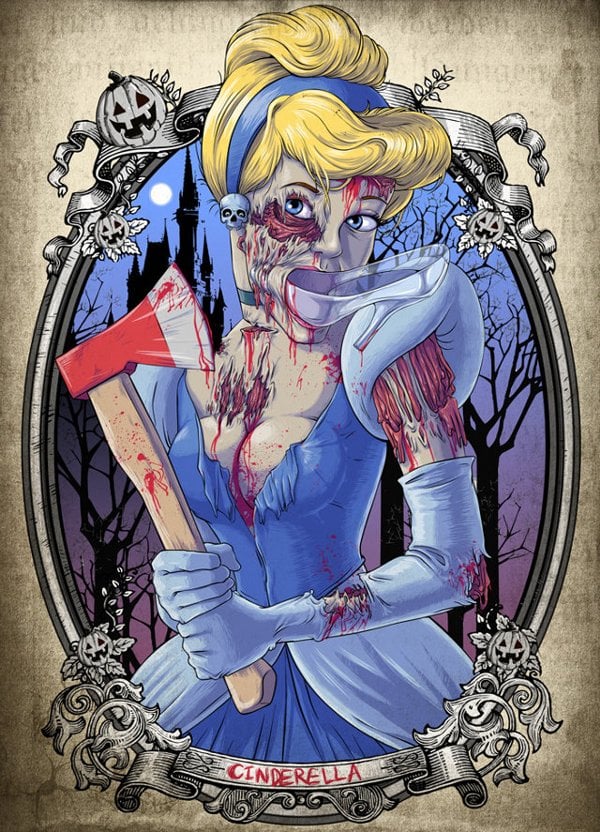 Witit’s DeviantArt page has been hit with comments and requests for more zombie princesses. I personally would love to see a zombie Belle, from Beauty and the Beast.