Alien Darth Vader Helmet: Ripley, Believe it or Not!

If Darth Vader were a Xenomorph, man, that would be one heck of a scary movie. Scarier than all of the Alien movies combined. Behold the evilness right here before your very eyes. Thomas Spanos from the ‘As You Wish Project‘ created this mashup of Lord Vader and a Xenomorph into one cool helmet. 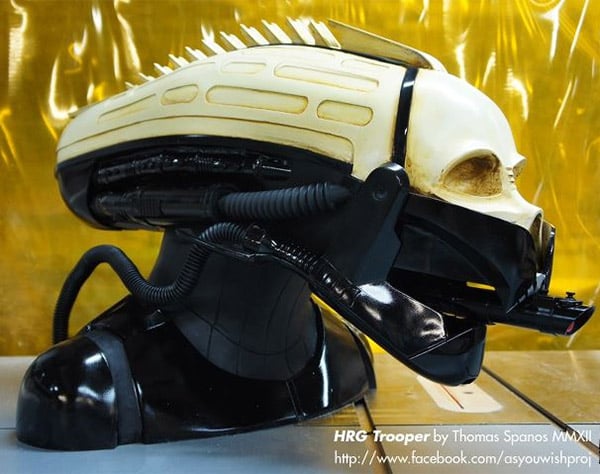 It even features Vader’s lightsaber as the secondary alien mouth. It’s called the HRG Trooper, named after artist H.R.Giger who designed the original Alien. It is terrifying and awesome.

If Ripley saw this thing she would have just run out of an airlock. You can’t fight something this awesome and insane. You just can’t win against Vader as an alien.

Darth Vader vs. Aliens Would Be an Awesome Flick
Home Subscribe vis RSS Feed
« Previous
Next »

Ford Explorer Timberline is the Most Capable Explorer Yet