Stephen King’s The Dark Tower Shot Down at Warner Bros.

Stephen King is one of the most celebrated modern authors in the world. He has a huge number of books, movies, and TV shows to his credit. King is typically thought of as a horror writer, but some of my favorite stories King has ever written don’t necessarily fit the traditional horror genre. 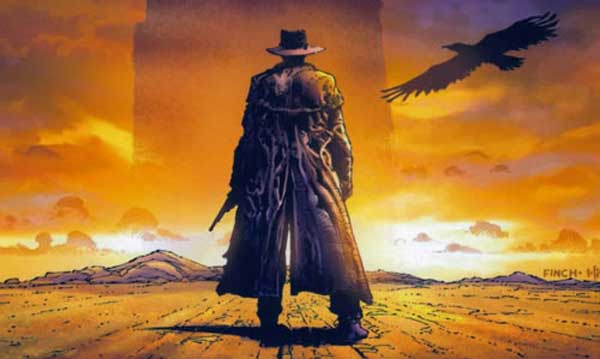 Some of my favorite books from King are The Dark Tower series that follows gunslinger Roland Deschain. This series of books has been optioned for a movie and a TV show tie in, but fans of the franchise will be saddened to hear that things are looking bad for The Dark Tower right now. Warner Bros. has officially passed on developing an adaptation of the book series for the big screen and for TV.

Sadly, Warner Bros. taking a pass comes after Universal Pictures passed on it last year. The curious thing is that the project had a serious names attached to it, with Ron Howard attached to direct at least the first part of the series and set to oversee the entire project. Russell Crowe was also said to be interested in playing the gunslinger. The project would have had a movie trilogy with a limited run TV shows that would tie content between the three movies. I’ll add this project right next to the Halo live-action movie on my list of the best movies that never were.