I’m huge fan of Stargate both on the big screen and the TV series that ran for so long. In fact, my first date with my future wife years ago was to see Stargate on the big screen. We watched each season of the TV show and even watched the spinoff series as well. I particularly liked Stargate Atlantis. 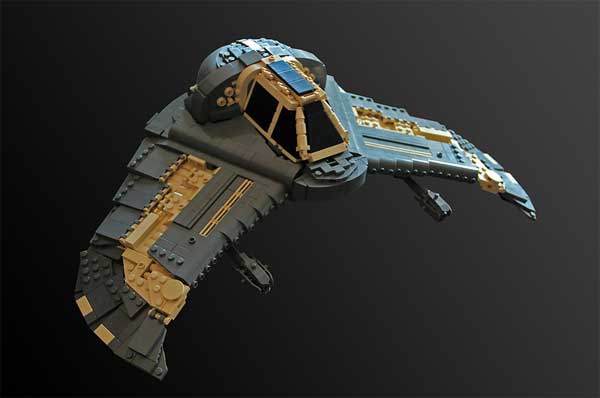 Combining my love of Stargate and LEGO, a guy going by Kevin Walter has created this replica of the Death Glider from the Stargate SG-1 television series using the ubiquitous building blocks. Kevin used gray and beige bricks for the design and the finished product looks really cool. I particularly like the way he pulled off the canopy. 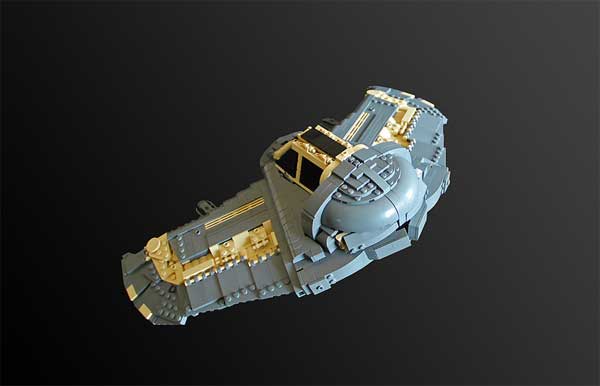 I also like the way he created the canons that pop open before they fire. Sadly, there are no plans offered so you can build your own version of this flying aircraft, but you can check out more pics of the ship over on Flickr. 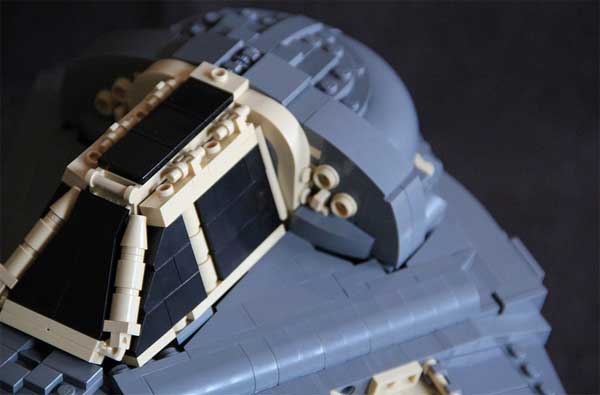