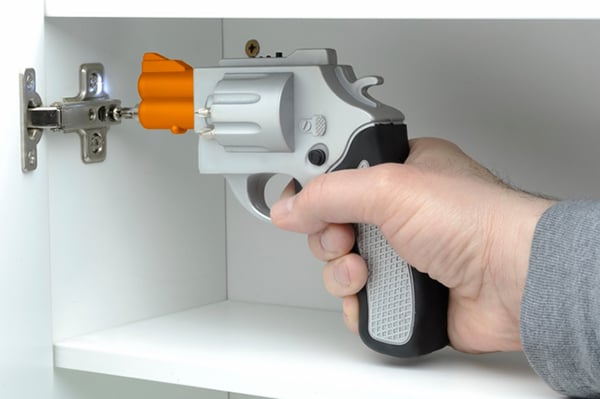 The 3.6-volt electric screwdriver comes with six drill bits that fit in the revolver chambers. Hopefully they fit snugly or else you might find yourself firing blanks one day. 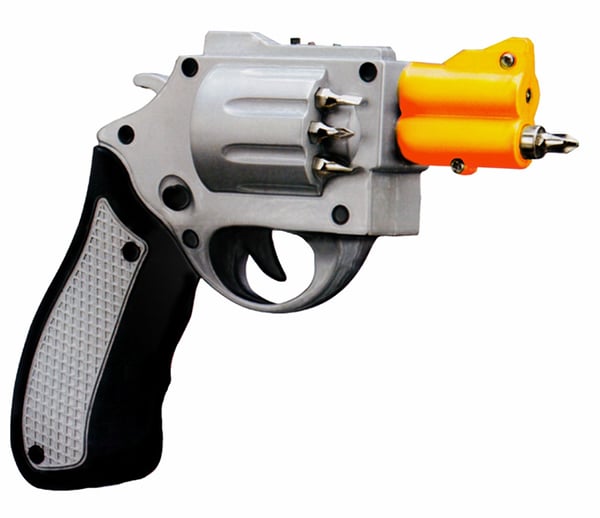 You can pre-order the Drill Gun Power Screwdriver from Gadgets and Gear for $39.95 (USD), a savings of $10 off the regular price.