It looks like resisting Android really is futile with the operating system making its way into just about everything these days. Nikon has unveiled a bunch of new cameras and the most interesting is the Coolpix S800c. This camera runs the Android 2.3 operating system and has integrated Wi-Fi. 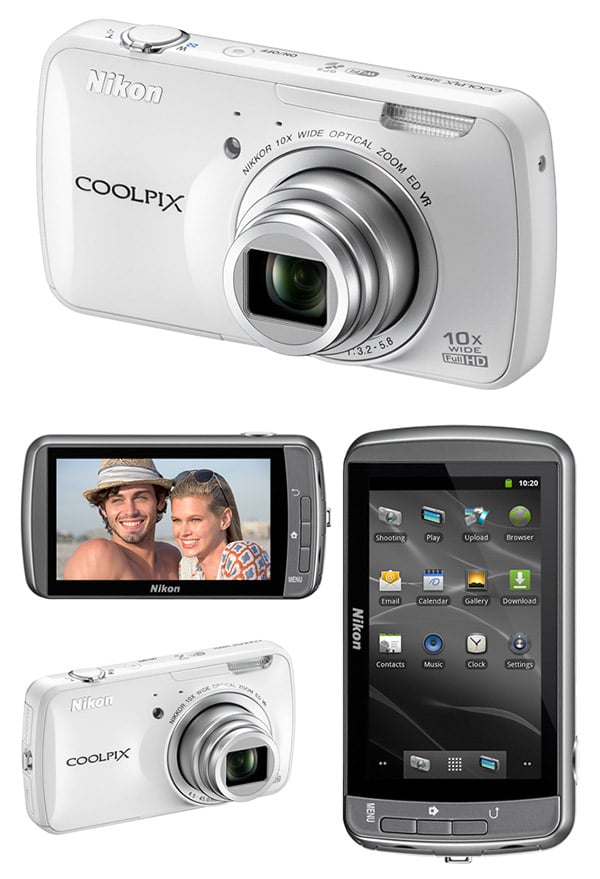 With Android as the operating system and built-in Wi-Fi, the idea is the camera can be used to upload photos and full HD resolution video directly to social networking sites. The camera has a 3.5-inch rear touchscreen for viewing photographs and entering comments on pictures you want to upload. The camera also supports Google Play and has integrated apps for things like email, contacts and a calendar.

Nikon plans to launch an app for other Android and iOS devices that will allow users to wirelessly send photographs taken with the camera to other devices as well. The camera has 10x optical zoom, integrated lens-shift vibration reduction, and 16-megapixel resolution. It also has integrated GPS for geo-tagging images. The Coolpix S800c will retail for $349.95, and should be available very soon.