Waiting sucks. But unfortunately we have to wait a while longer for Borderlands 2. It will arrive on September 18th in North America and September 21st internationally. The developer, Gearbox Software, knows that we need a fix so they’ve released an official 16-bit demake of the game. 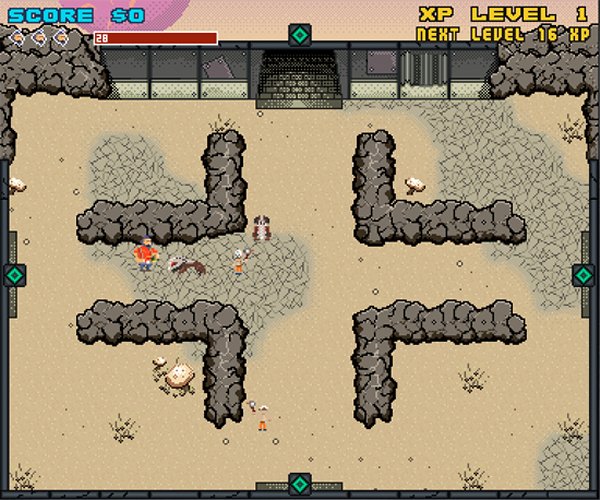 It should be just enough to whet your appetite while you are waiting. This demake is titled The Border Lands. Players can pick one of the new characters that are available in Borderlands 2, but sprite form. It looks like it’s all about shooting enemies, level up, and pick up loot.

In other words it’s just like the Borderlands that you know and love. To play you just use the arrow keys to move and the space bar to fire. Depending on what weapons you use, it could be a quick game, though. For instance, a railgun that fires both in front and behind of the player will annihilate most enemies easily, even the bosses. It is just some fun while you bite your nails and wait for the real deal to arrive. Check it out here.