Most watches with glow-in-the dark parts achieve the effect using special paint that absorbs light and reflects it back for an extended period. But the faint glow from the Nuclear Watch comes from decaying radioactive hydrogen atoms. They died for you! 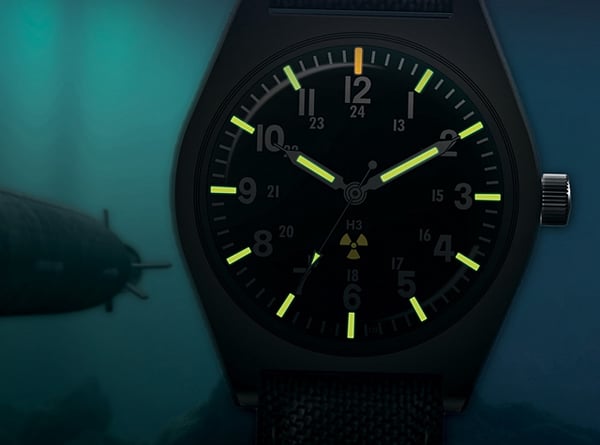 According to its product page, each watch contains about 100 quadrillion radioactive hydrogen atoms, divided among the dials and hands of the watch. The atoms are stored in a glass tube that is lined with phosphorescent material. As the hydrogen atoms decay, the electrons they emit hit the lining. This causes the glow. The page also claims that about 250 million of the hydrogen atoms decay every second, but their sheer number means that the watch will keep glowing 24/7 for 25 years. 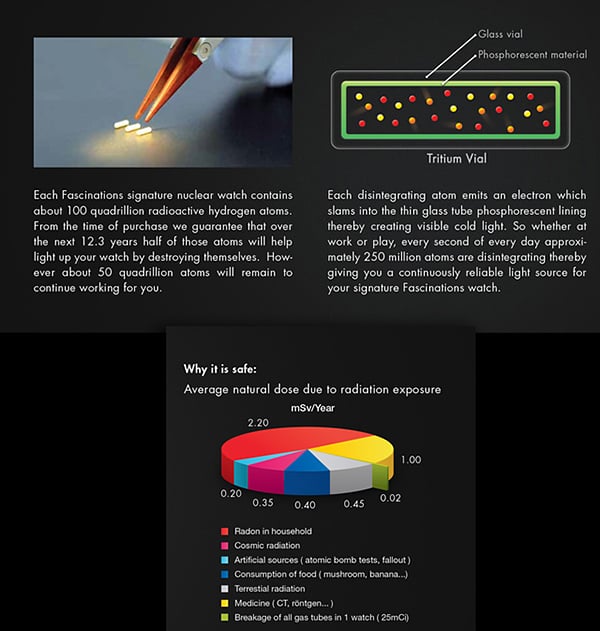 If you’re not creeped out at the thought of carrying an atomic genocide on your wrist, order the Nuclear Watch from Gadgets & Gear for $175 (USD).