Forget tiny little pocket knives. This Batarang Pocket Knife steps things up a notch. It’s the kind of pocket knife that Batman himself would carry. Well, it comes in several bright colors that would appall The Dark Knight and his design sensibilities, but otherwise these Batarang knives look pretty awesome. 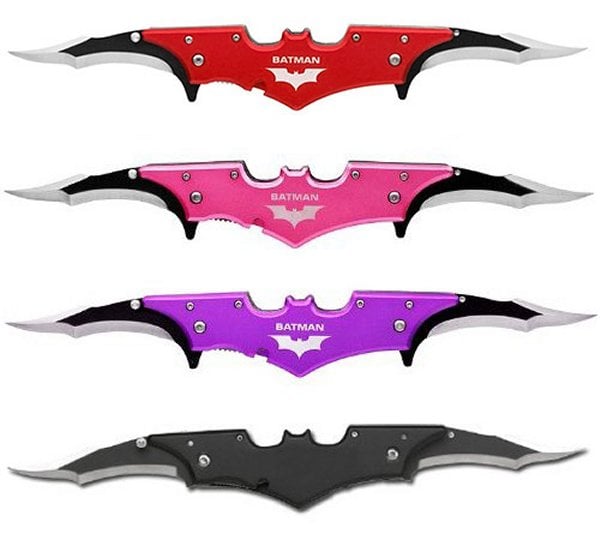 It’s a Batarang, but it’s also a dual bladed pocket knife. When both blades are open it is basically an 11″ knife. Sure, it isn’t particularly practical, but it’s still a bladed weapon. It’s not supposed to cut your sandwich in half. It’s just supposed to look cool. The knives come in black, silver, red, pink, and purple. Three guesses which one the Batman prefers. They start at $8.18(USD) from Amazon.