Nico the Robot Recognizes Self in the Mirror

Justin Hart and Brian Scassellati of Yale University have nothing better to do, so they thought they would tinker with robots and doom us all. Recently, they taught a humanoid robot named Nico to recognize its own reflection in the mirror. That doesn’t sound so bad right? Well, it’s fine until they decide one day that everything that doesn’t look like them has to go. We aren’t there yet thankfully. Right now this is just a cute story about a robot and a mirror. For now. 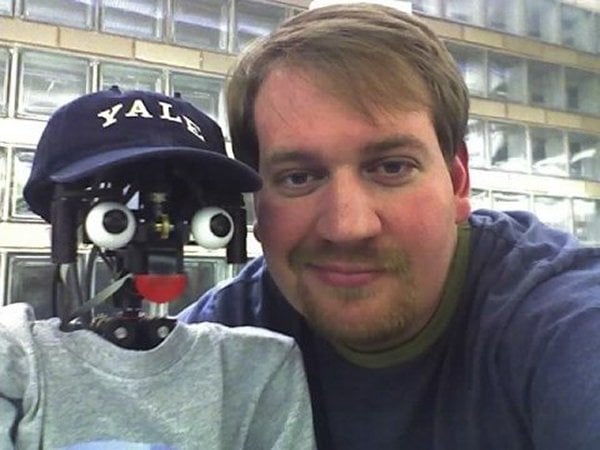 Nico is part of an experiment to see whether a robot can tackle a test of self-awareness called the mirror test. To pass the test an animal or a robot has to recognise that a mark on the body it sees in the mirror is on its own body. Only dolphins, orcas, elephants, magpies, humans and a few other apes have passed the test so far.

The robot has had to learn more about itself. He isn’t done yet. So the team plans to teach Nico how to recognise where its torso is, where it’s head is and so on. The shape, the color and texture as well.

“What excites me is that the robot has learned a model of itself, and is using it to interpret information from the mirror,” says Hart. I guess one man’s excitement is another’s sheer terror. Soon there will be vain robots everywhere.