Trekkies to Restore Next Generation Bridge

Since there aren’t any Star Trek The Next Generation episodes or movies being made, Paramount wanted to trash the set. A group of Trekkies is not going to let that happen. They took the old tattered pieces they were chucking out and have decided going to restore the whole bridge. I say, Make it so! 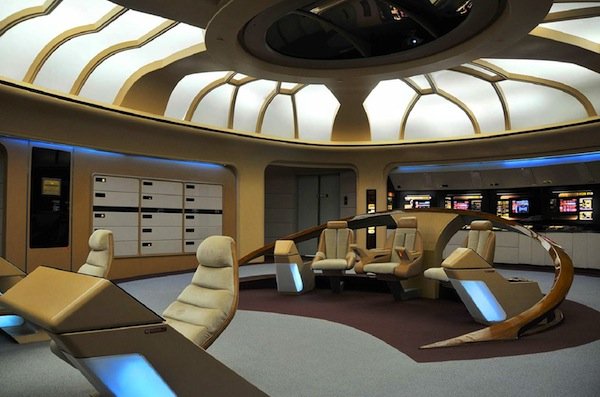 Rusty Harrell, Brian Uiga and Huston Huddleston have teamed up to restore the set which was recovered back in late 2011. Paramount had made it durably using Fiberglas and it survived for nearly 5 years during filming of the show, but had been all but forgotten about.

The team wants to take what he has and restore it to the closest recreation of the set as possible, with the help of some Hollywood professionals, and then go one better. They want to open the bridge to the public for meetings, movie showings, fundraisers, tours, filming, whatever. The project will start looking for funding soon. We will keep you up to date if we hear more. In the mean time, you can read more about the project here.

[via Blastr via Geeks are Sexy]