Remember Evan Bacon, the kid who built the life-size Batman LEGO? Well the now 14-year-old LEGO fanatic is back with another sizeable superhero creation. This time, Evan crossed over from the DC Comics to the Marvel universe, creating a life-size model of Iron Man, entirely from LEGO bricks. 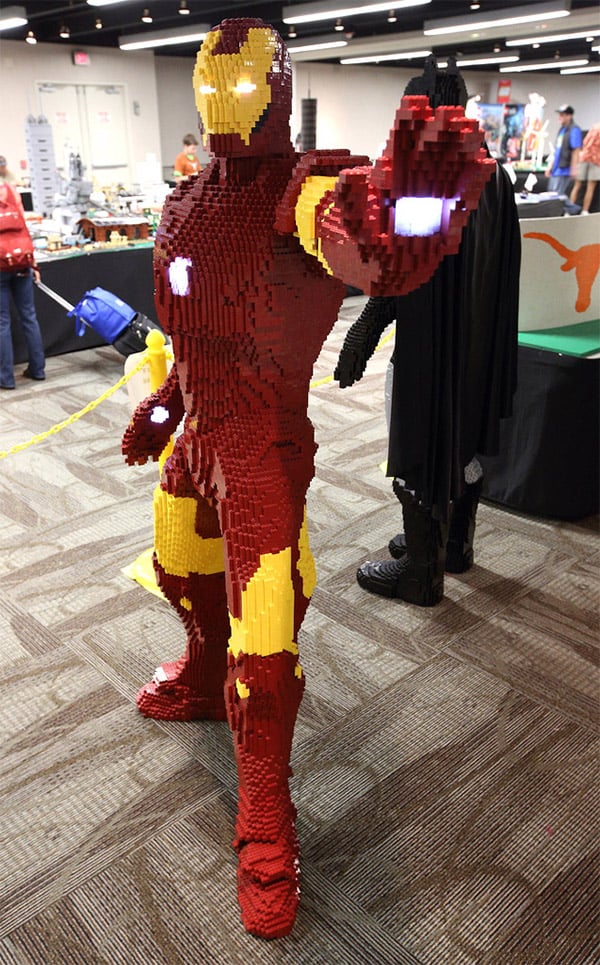 Evan says the 6-foot-tall model is comprised of about 18,000 individual LEGO bricks. Iron Man’s eyes, arc reactor and palm even light up. The sculpture was on display at the recent Brick Fiesta 2012 in Austin, TX. 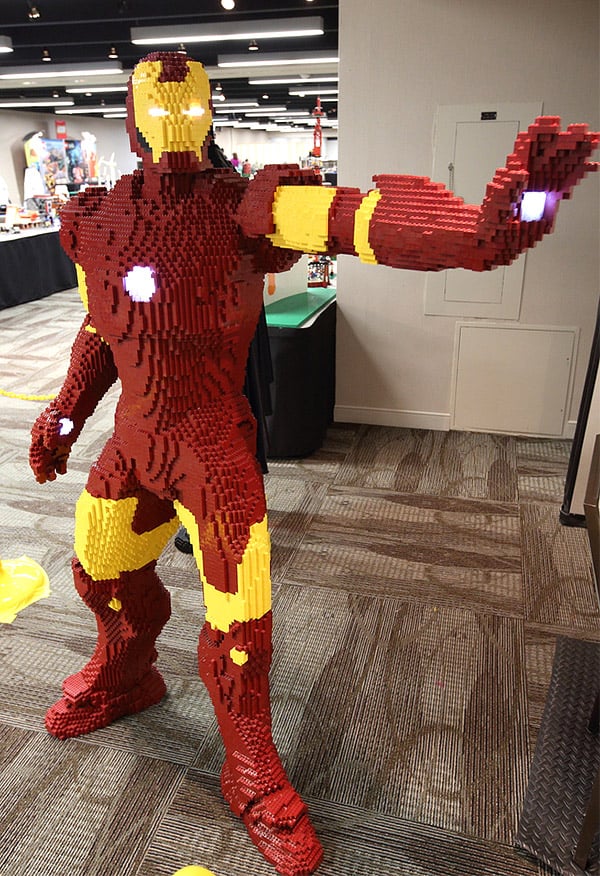 All told, the model weighs in at about 80 pounds, and won the People’s Choice Award at Brick Fiesta. Great job, Evan! I can only hope you’re planning on building all of the Avengers and Justice League over time. Of course, you might just go broke buying LEGO bricks. 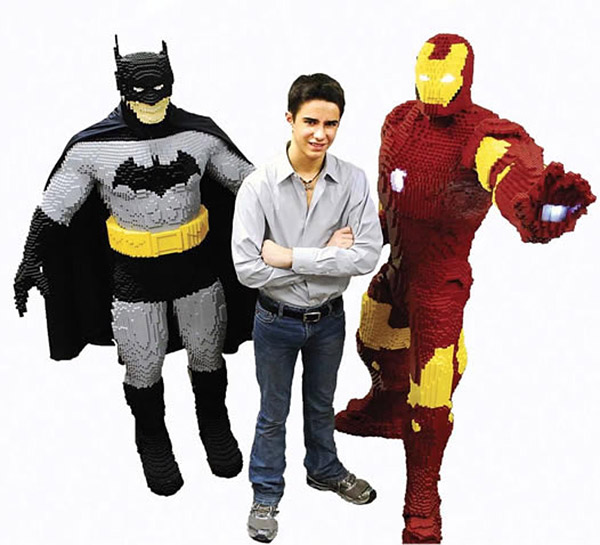