Spock Dreams of Uhura In This Starfleet Uniform Bra (B-Cup Me up, Scotty!)

Every time I think that the guys over at SceeneShoes have run out of ideas for more geeky braziers, they come up with another. Previously, we had some Nintendo and Pokemon bras, followed by a TMNT bra, and then an Xbox 360 controller bra. Now, we’ve got a bra designed to look like a Starfleet uniform. 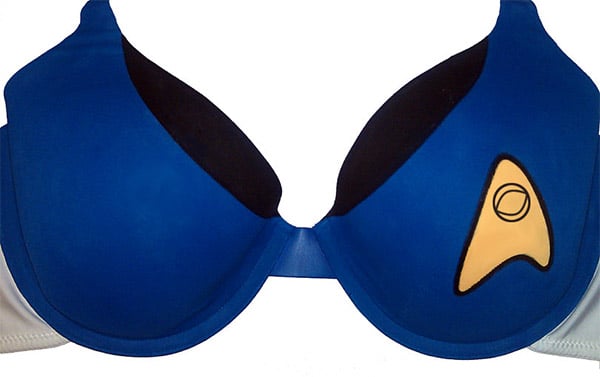 The (unofficial) Starfleet bra is available over on Etsy for $30 to $40(USD) depending on size, and is not (yet) available in red.