Now before you get all mad at me for saying that I was kind of disappointed in the big noisy mess that was The Avengers, I must mention that I was battling the brain-bending side effects of a new medicine, combined with the headache inducing 3D glasses and an IMAX screen on the day I saw it, so maybe I need to give it another chance when it comes out on Blu-ray. But for now, here’s a film that I’d most definitely go see in the mean time. 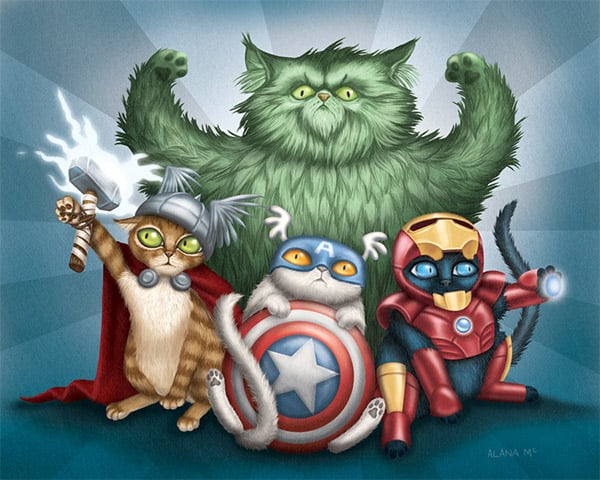 Yes, those are cats – dressed up as Thor, Captain America, Iron Man and The Hulk. Well The Hulk isn’t exactly dressed – hes’ more like a big naked green cat. But that doesn’t make the Cat Avengers any less awesome. I love how Captain (or is it Cattail?) America looks kind of spooked by Thor’s electric hammer. Though I was hoping to see a rat dressed as Loki.

This hilarious digital painting comes from the mind of Alana McCarthy of GeekyPet, and is available as a 10″ x 8″ digital print over on Etsy for about $15(USD). While you’re over there, be sure to check out Alana’s other geeky animal creations, including Batcat, Jabba the Cat and Captain Jean-Mewc Piccat (I made that name up but I thought it fit.) 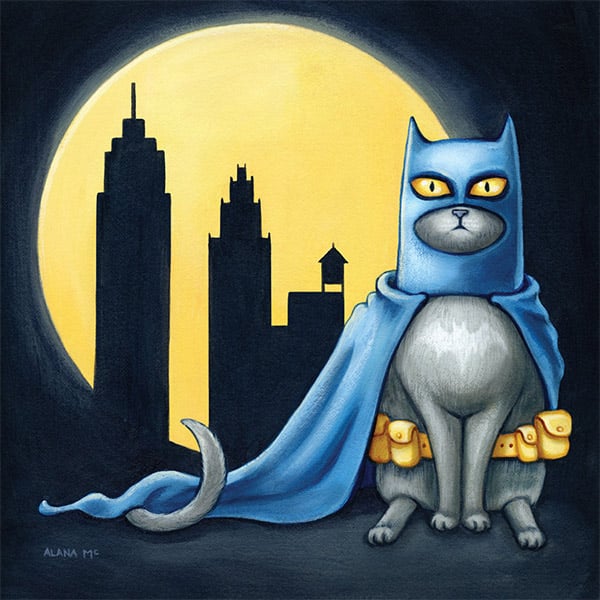 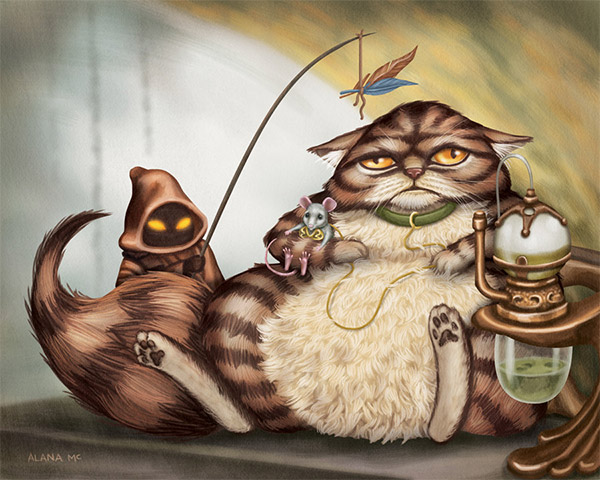 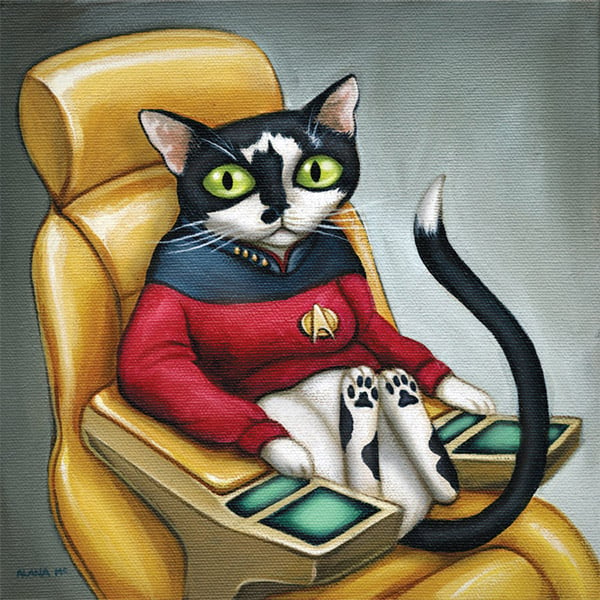