Researchers at the Tokyo Institute of Technology have developed a cooking simulator that combines a conventional frying pan with modern technology. I know, right? Cooking isn’t hard at all! Or so my siblings tell me every time I complain that there’s nothing to eat. Don’t you just turn the fire on, put some stuff in and wait? 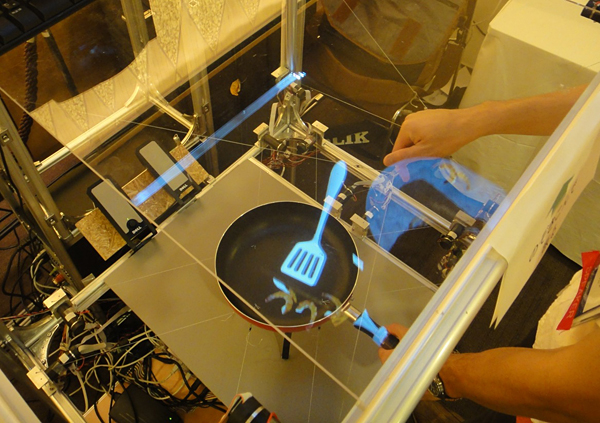 The simulator is practically a video game system. It utilizes a projected display and a force feedback system to help the user with his pseudo-cooking. It also simulates the weight and state changes of the ingredients. When the user moves the pan around, he’ll feel and see the virtual meat and vegetables move around, and eventually they’ll change color just like the edible thing.

I think it’s not too practical as it is, but I am looking forward to the researchers’ vision of augmented reality cooking.

Cat Head Chargers: For Purring up Your Gadgets