I think my mouse is portable enough that I’d have no trouble carrying it with me wherever I go. But the farthest I’ve traveled is to our gate. I barely made it back. Anyway designer Taewon Hwang thinks mice could be smaller and thinner. Hwang imagined a mouse… 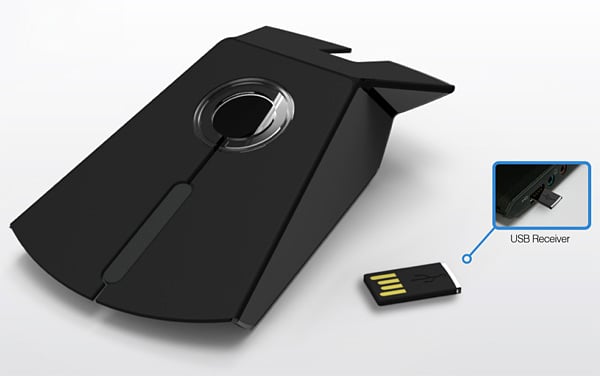 … that unfolds into a disc: 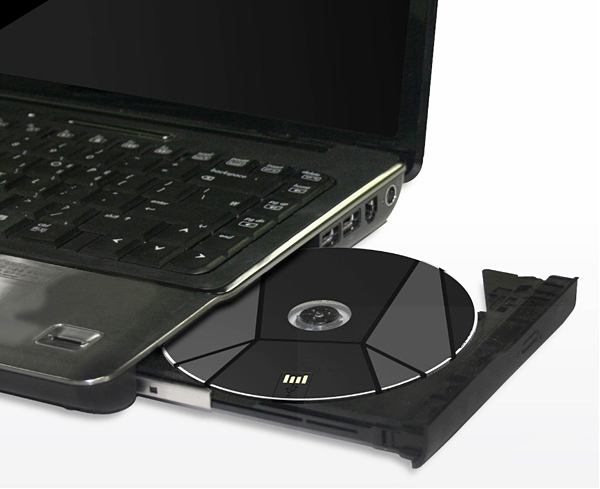 Clever eh? But I’d rather have a mouse that transforms into Optimus Prime. That’s my concept. 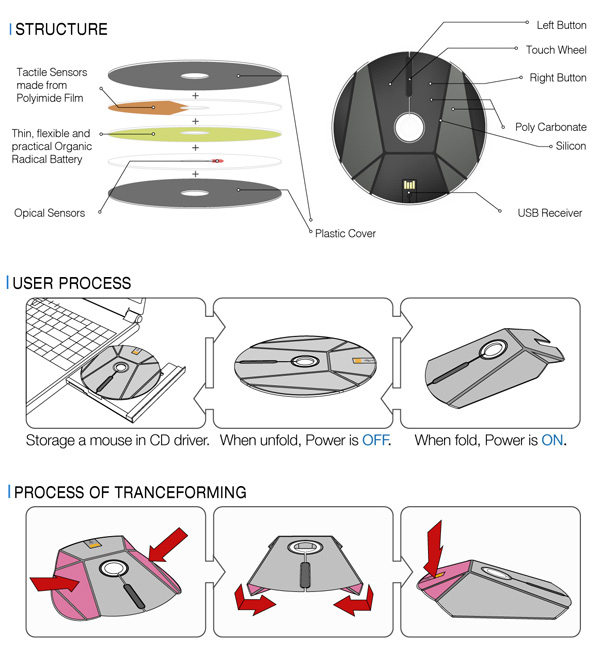 Besides the fact that some laptops right now don’t come with optical drives, the biggest hurdle to Hwang’s concept is if it can actually be turned into a real product. It would be awesome if we actually had batteries as thin as the one in Hwang’s illustration.

[via Yanko Design via DVICE]