LEGO Go-Kart is Not for Minifigs

We’ve seen a few vehicles made out of LEGO before, but those were either tiny, non-functioning or had non-LEGO parts. Which is why Eric Steenstra’s go-kart trumps them all. It’s life-sized, it runs, it can carry a driver and most of all it’s made from nothing but LEGO products. 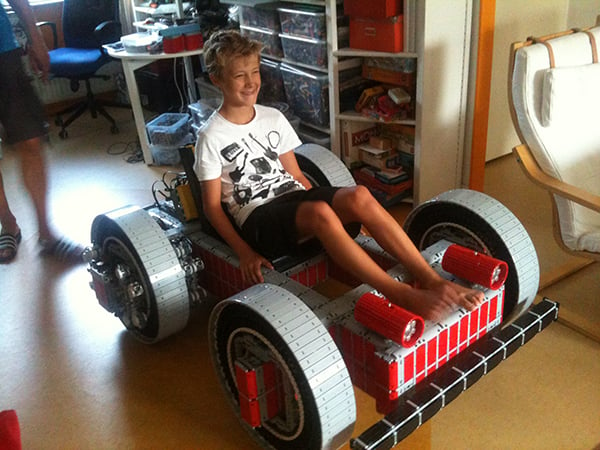 It’s obviously a work in progress – note the lack of steering – but even if it never goes faster than that I still think Steenstra deserves all the slowclap.gifs on the Internet. Amazing.

[via Eric Steenstra via MAKE]