You all know Tim Burton as the only man on planet earth who can make an animated nine year-old child give a grown man nightmares.  (Yes, I’m talking about Frankenweenie.)  On an unrelated note, you probably also know a man named M. Night Shyamalan, who is the only guy who can put a (un-satisfying) twist ending into every single one of his movies.  Anyone see that movie Devil?  SPOILER: It was the old lady, who died almost halfway through the movie.

So sit back, relax, and enjoy these Pokemon characters drawn like Tim Burton would have imagined them. 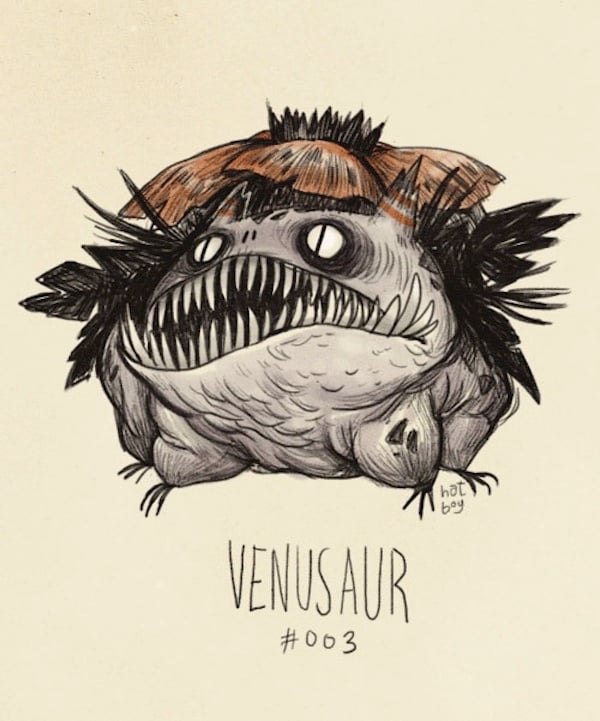 These were done by a Tumblr guy named Hat Boy, who is currently drawing Pidgey in the style of Tim Burton.  (He’s just going in numerical order.)  The above is a rather mutated, frustrated Venusaur that the frightful person himself would approve of.  I’ll tell you what, though: if that came ouf of a Pokeball, I think you could win most battles by default. 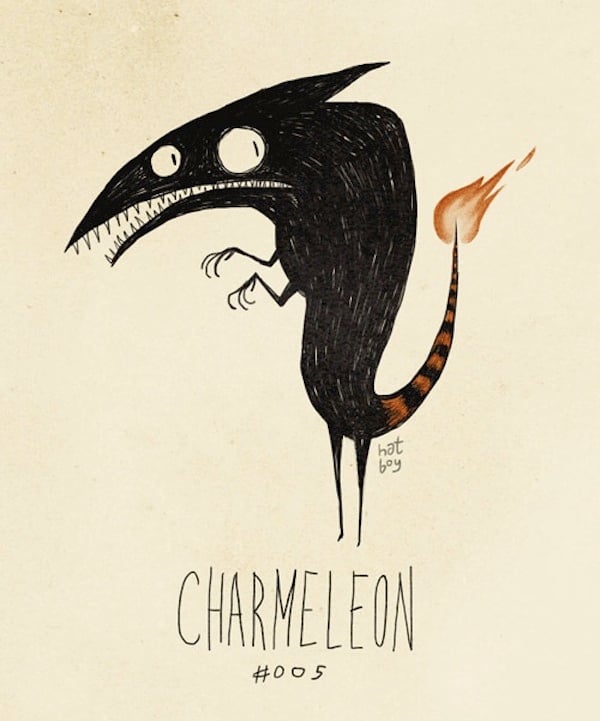 This Tim Burton-like representation of Charmeleon is one of my favorites that HatBoy has created.  Why?  It reminds me of the two little guys from the Hercules Disney movie.  It also reminds me to plug in my nightlight, since I am now afraid of what I may find under my bed.  Hint: my bum brother-in-law wielding a pack of opened matches. 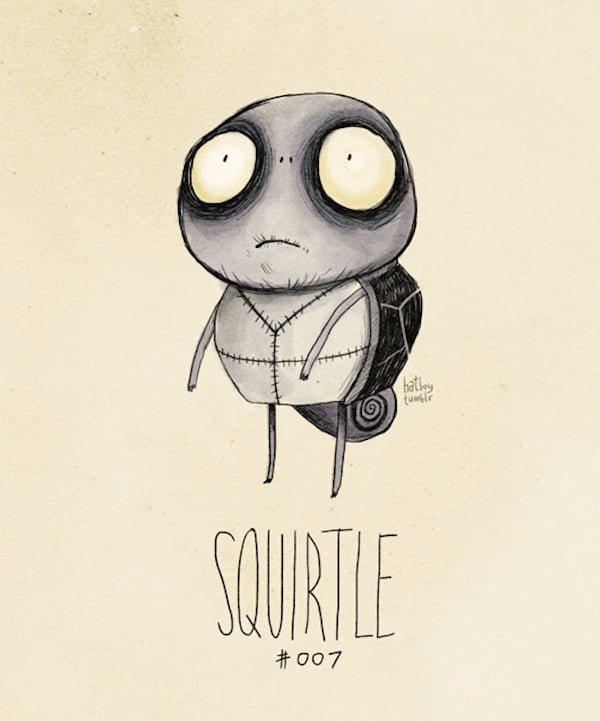 Here’s our little buddy Squirtle, complete with creepy dot nostrils characteristic of Tim Burton characters.  I’m done giving myself the heebie-jeebies, so you should probably go check out something else weird like the Q*bert Pillow.  Or, if you’re drawn more to the Pokemon side of things, take a look at these custom Pokemon onesies.  For adults.

This super awesome post was written by Jack, lead blogger at Cool Gizmo Toys.  Jack puts together lists to help geeks quickly find the stuff that they love, and has a free eBook that you can get today!