My millions of imaginary readers know how disappointed I am at the lack of a universal gaming controller for iOS devices. Archos added a pinch of envy to that disappointment when they unveiled the GamePad, a 7″ Android tablet that has physical buttons and two analog sticks. The best part? Archos claims to have developed a “mapping and game recognition” software that will allow virtual controls to be mapped to its buttons, even for games that don’t actually support physical controllers. 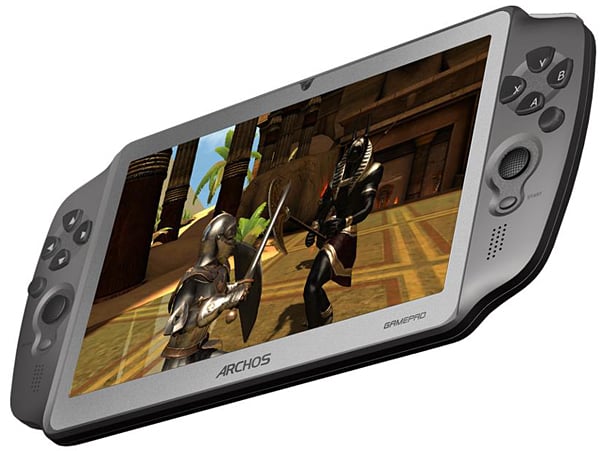 On the hardware side, all we know is that the GamePad has a 1.5GHz dual-core CPU and a Mali 400mp quad-core GPU. Archos also didn’t specify which version of Android will run on the tablet, although the company did say that they decided to build the GamePad when they saw that Android 4.0 aka Ice Cream Sandwich supported game controllers. Finally, Archos claims that there are already “over a thousand” Android games that work with the GamePad’s physical controls. I hope we can see a demo of this tablet soon and I really hope it takes off so everyone else can step their tablet game up.

[via Archos (pdf) via SlashGear]