Star Trek purists might not appreciate the fact that I never liked the original series. I liked the original films well enough, but the original TV show was super cheesy in my opinion. I was a huge fan of The Next Generation and him firmly in camp Picard when it comes to choosing sides.

Fathead has been making life-sized vinyl stickers to decorate your walls of athletes, cars, and all sorts of other things for a long time. The company has announced it is now offering Star Trek fatheads with characters and graphics from the original series and TNG. 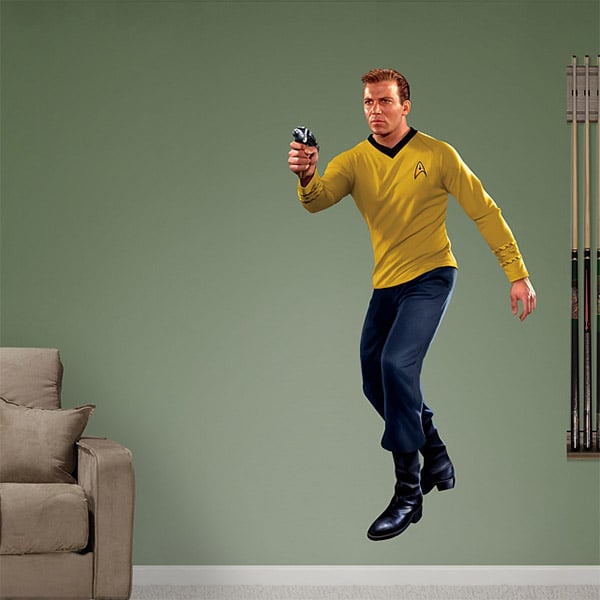 Whichever Captain you prefer, you’ll be able to choose between a life-size Kirk or Picard. It’s interesting to note that Kirk is only 5′-11″ tall while Jean-Luc is 6-4″ tall – a good 6 inches taller than Patrick Stewart is in real life. Though to be fair, Kirk is slightly kneeling down in his decal. 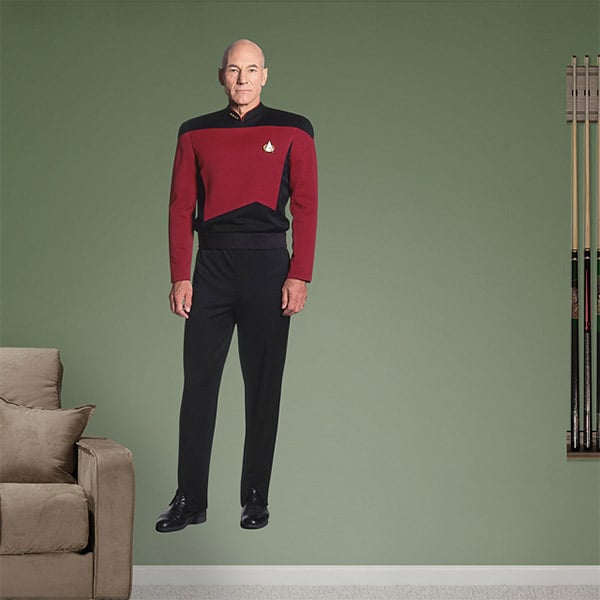 The series also includes Mr. Spock, the Enterprise from the original series, and logos from the original series. TNG fans can also get commander William T. Riker, Lieutenant Commander Data, Lieutenant Worf, as well as their updated Enterprise. Voyager, DS9 and Enterprise fans are out of luck for now though. Prices for the decals range from $39.99 for a basic starfleet logo up to $99.99 for the characters and ships.