Razer is a company that should be well known by most PC gamers. The company makes some of the coolest gaming peripherals such as keyboards, mice, and audio gear for gamers. The company has unveiled a new gaming headset with a very cool design called the BlackShark. 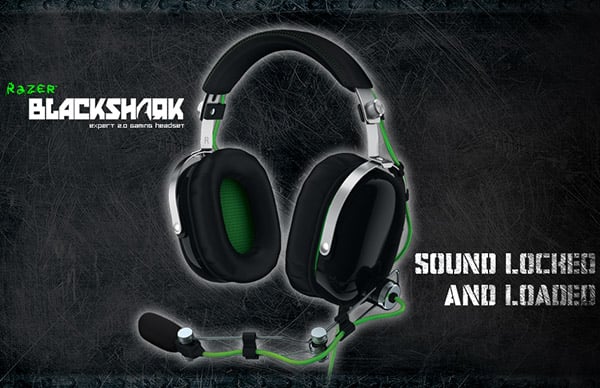 If this looks familiar to you, a version of this headset that was Battlefield 3 branded debuted back during E3.The military style phones have ear cups with memory foam cushions to isolate the wearer from outside sounds. The boom microphone supports voice chat for video games and can be removed if you’re anti-social when online.

The headphones promise high-quality sound and deep bass thanks to their 40 mm neodymium magnet drivers with copper clad aluminum voice coils. They will connect to any device with 3.5 mm headphone adapter. That means you can use these for listening to music on your smartphone when you aren’t playing games.

The Razer Blackshark headphones will sell for $119.99(USD) when they arrive later this September.