We’re no stranger to robot drummers – or robot musicians for that matter – but StickBoy stands out for a couple of reasons. Make that four reasons. The rock and roll robot makes up for its seemingly immobile hips by having four arms. 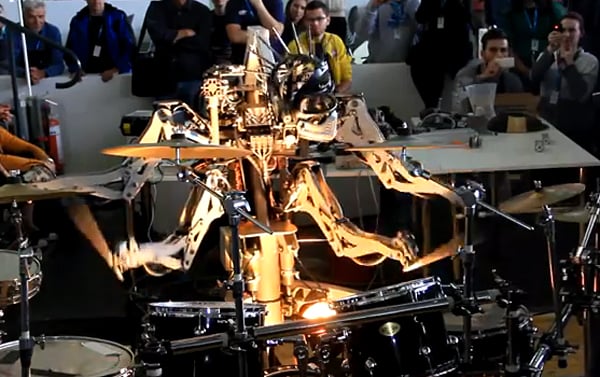 Frank Barnes of Robocross built StickBoy back in 2007. The robot’s arms, two legs and awesome metal mohawk head are powered by compressed air. He uses a 14-piece Pearl drum set with double bass pedals. According to the Robocross website, StickBoy can rock out to 8 songs, including AC/DC’s TNT, Rage Against the Machine’s Bullet in the Head and the song used below, the Ramones’ Blitzkrieg Bop.

Was that punk, metal or robot rock?

[Robocross via You Bent My Wookie]