I don’t know why but I always want to have the fastest components in my computer that I can find. It’s not like I can drag race my computer against the guy across the street in some sort of grudge match, but I still have this unnatural desire for the fastest computer hardware around. Western Digital has unveiled a new external hard drive that really speaks to the computer geek in me. 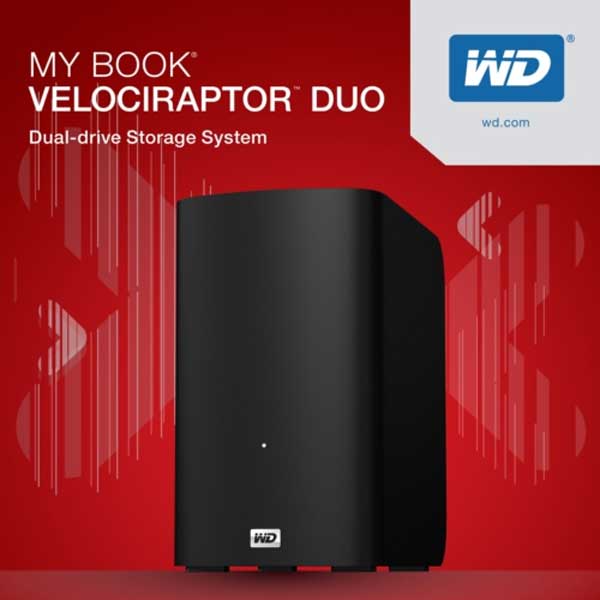 The drive is called the My Book Velociraptor Duo and it packs a pair of 10,000 RPM 1 TB hard drives. That gives you data access speeds similar to what you’d find in an external hard drive with SSDs inside while getting 2 TB of total capacity. The speed isn’t only from the 10000 RPM internal drives either.

Western Digital also fits the external storage device with a pair of Thunderbolt ports. The company says that the external storage device is capable of real-world data transfer rates of up to 400 MB/s. The dual Thunderbolt ports allow you to daisy chain other devices to get even more storage. The system also supports RAID 0 and RAID 1. All this performance isn’t cheap, though – the Velociriraptor Duo lists for a penny less than $900(USD), though it’s likely to retail for a little bit less.