An eight-year-old boy in the UK was taking a stroll along the beach at Hengistbury Head. He discovered what he thought was a large rock laying on the beach and pick it up to carry home. The boy and his parents couldn’t identify the odd rock and later found out it wasn’t a rock at all. 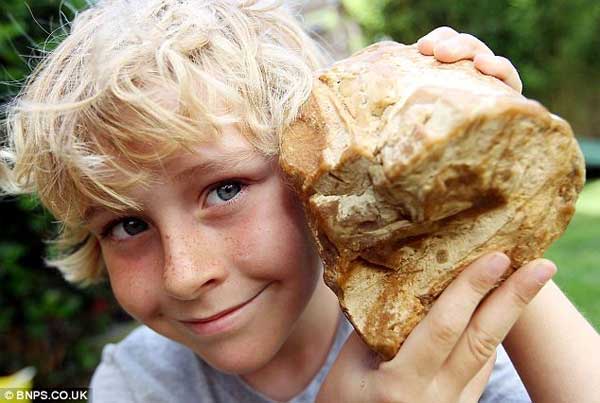 The waxy feeling, sweet smelling rock turned out to be a chunk of ambergris – also known as whale vomit. Yes, seriously. That yellow rock the boy is holding in the picture is whale puke. That may be the most disgusting thing I’ve seen all day. As it turns out whale vomit is rare and highly sought after in the perfume industry.