If someone pisses you off, let them go. Don’t curse, don’t fight, don’t even hope that they’ll trip and fall flat on their faces as they walk away. Instead, go home and whip out your set of Calligraphuck Profane Letterpress Cards. 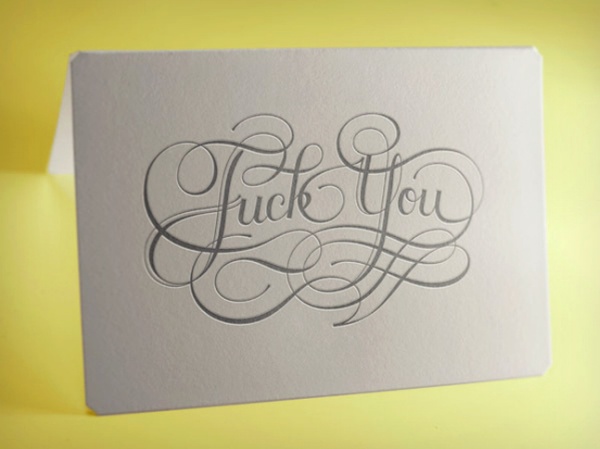 You probably won’t feel like sending it off in the morning, but hey, at least you got it out of your system. But if you do end up sending it, at least you did it with a touch of class. Well, sort of.

I think you sort of already know what to expect from these cards based on their name alone. 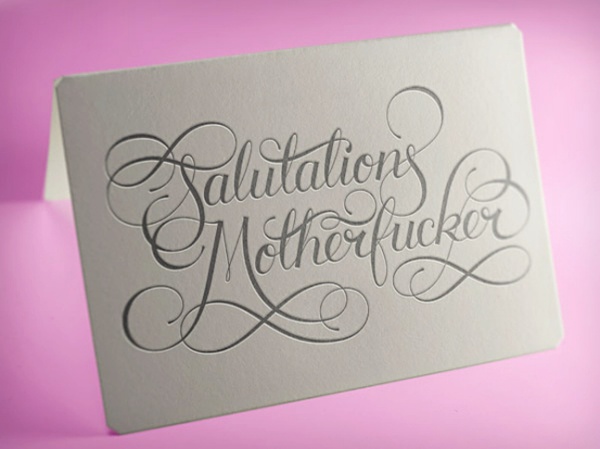 Calligraphucks are beautifully typeset cards emblazoned with a series of curses and profanities that might just make you blush.

Unfortunately, they’re not available – yet. They’re currently up for funding on Indiegogo, where a minimum pledge of $25 will get you a complete set of four awesome profanity-laced cards, including custom string and button envelopes to deliver your message in.

Head on over to Calligraphuck’s project page on Indiegogo for more information.